Galatasaray’s Guler: “Our Path Is Still Clear And Bright” 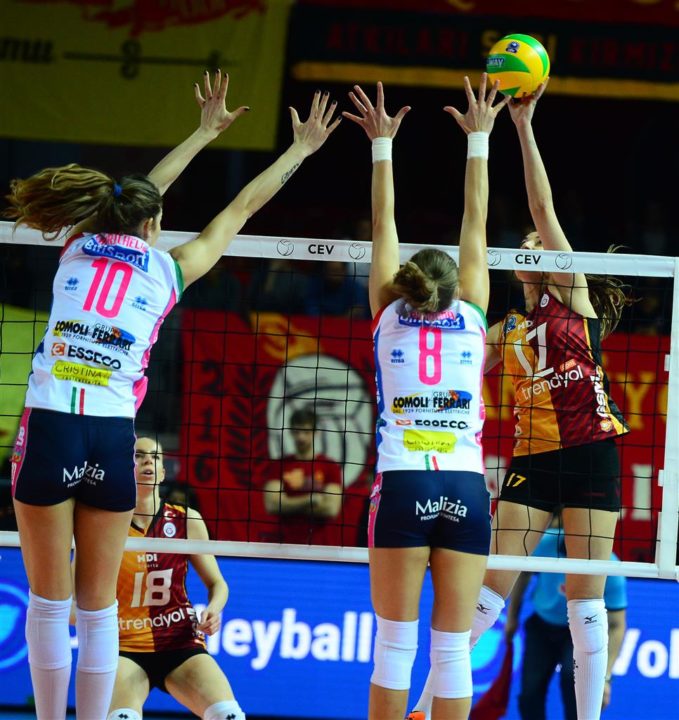 Galatasaray SK Istanbul was unable to take down Igor Gorgonzola Novara in their first Champions League Playoffs 6 match, losing in five, but captain Neslihan Demir Guler is not worried about their next match against the Italian team. Current Photo via CEV

Galatasaray SK Istanbul was unable to take down Igor Gorgonzola Novara in their first Champions League Playoffs 6 match, losing in five, but captain Neslihan Demir Guler is not worried about their next match against the Italian team.

“Yesterday’s match is a game in which we can easily win. At the beginning of the second set, Tatiana Kosheleva went down with an injury and at the end of the fourth set Seda Aslanyurek’s injury dropped our team both psychologically and physically. I do not think we lost anything. We still have good luck. 3-2 losing or winning does not do anything at this stage. If we win with a score of 3-0 or 3-1 we will advance. Even a 3-2 win will send us to a golden set,” said Guler.

Two players from the team went down with injuries in the match, which can be a devastating blow to even the best teams in the world. Kosheleva was leading the team’s scoring up until her injury occurred in the second set with 7 points scored. She is the team’s second-leading scorer with 109 points scored. Guler, on the other hand, is the team’s leading scorer in the competition with 110 points. In the loss, Guler led the team in scoring with 13 points.

Though the team is missing two of their players, Guler says that the team must push ahead, and forget about the absence of their teammates and concentrate on working.

“Our path is still clear and bright,” said Guler.

For Galatasaray to advance to the Final Four, they will need a three-set sweep over Novara or to win in four. If they win in five sets, they will need a golden set to determine the winner due to the tie while a loss will send the Turkish team home from the competition. The squad will play again on April 5.