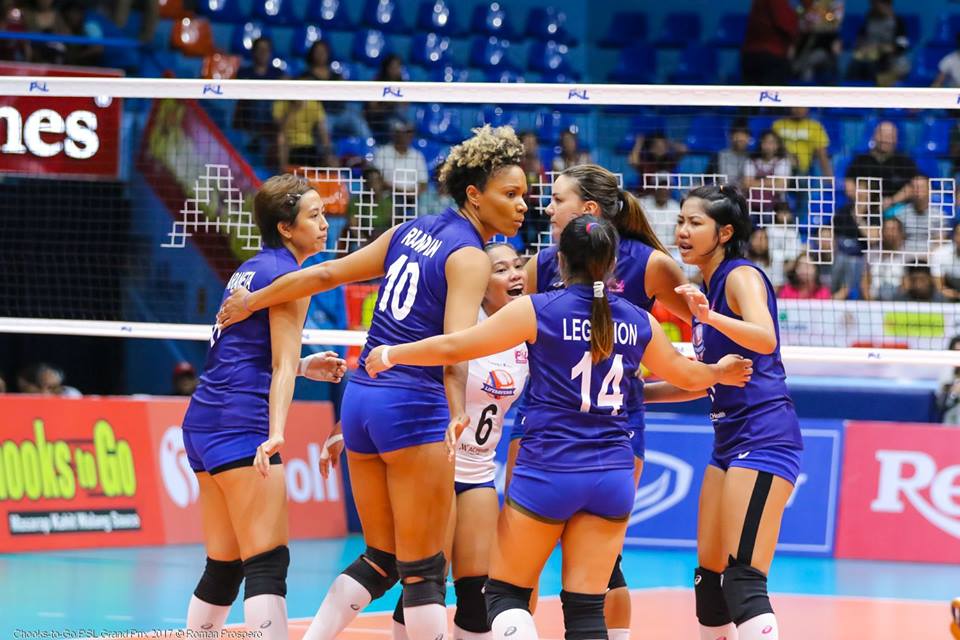 The new edition of the Philippine Superliga Grand Prix is set to begin next month and teams across the league are bringing in players left and right to reinforce them throughout the competition.  Current Photo via Philippine Superliga/Ramon Propsero

The new edition of the Philippine Superliga Grand Prix is set to begin next month and teams across the league are bringing in players left and right to reinforce them throughout the competition. Generika-Ayala is one of these teams that now has brought in five players to back them.

Days ago the club announced the additions of Darlene Ramdin and Katarina Pilepic, who are making their returns to the squad after competing with them previously. Ramdin is an all-around player for the team while Pilepic is to provide an offensive spark for the team this season. Also, rejoining the team are Ria Meneses and April Ross Hingpit, as they transfer back to the club from Petron.

The club’s COO, Jay Ferrer, has mentioned following the signing of the two players that they are not done with their recruiting spree. He noted that players like Kathleen Arado and Bia General will be taking leaves of absence from the team to play with their respective UAAP squads that are in the midst of their season-ending tournament that will be followed up with a month-long tournament. With Arado and General out, and both being liberos for the team, Ferrer has also announced the addition of Bang Pineda. Pineda is also a former Petron member, following Hingpit and Meneses.

Welcome aboard, @bangnita!!! ?❤ We are excited to have you in the team! Let's do this! ? #GenerikaAyalaLifesavers pic.twitter.com/yDSeknuWXm

The team is still in search of a head coach after the team fired Francis Vicente following a not-so-ideal finish in the Chooks to Go-Philippine Superliga Grand Prix. It is said, according to Philstar.com that the team is currently in the final stages of negotiations with a potential new head coach.

The conference is set to begin their play on February 17 with Generika-Ayala playing a friendly match in Bingawan, Iloilo on January 23 in preparation for the league.

Some people come and go. Others COME BACK! ✨ Ria Meneses is finally part of Generika Ayala Lifesavers… again. ❤ We can't wait to see you in orange jersey Riri! Welcome back! ? @marivicmeneses pic.twitter.com/Dt9RxGz8v3

There's really no place like home. ❤ After almost 4 years, April Ross Hingpit is once again a LIFESAVER! ✨ WELCOME BACK APRIL! Let's 'set' 2018 with a fresh yet strong vibe. ? @arhingpit #GenerikaAyalaLifesavers pic.twitter.com/aSANFEdDJ1