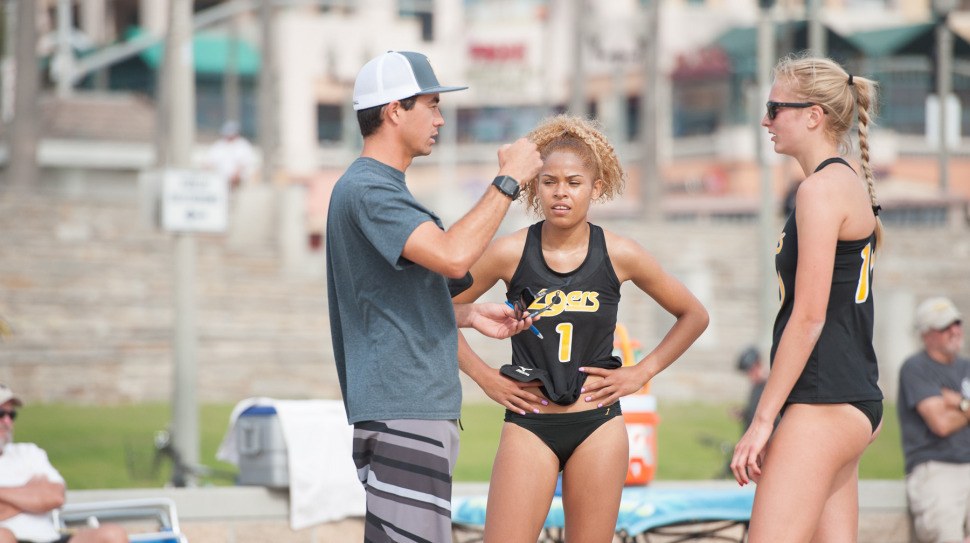 At least half of LBSU's 2017 beach roster is new to the team this season. Stock Photo via LBSU Athletics

5’5″ defensive specialist Gigi Alex will transfer from the University of San Diego indoor team to the Long Beach State beach team for the 2017 season. After playing 2 seasons with the Toreros’ indoor team, she’ll now slide outside with 3 seasons of eligibility remaining.

This is somewhat of a homecoming for Alex, who played libero at Mater Dei High School in Long Beach for 4 years. She helped lead the indoor team to the Southern Section and CIF finals in her senior season where she recorded 420 digs. She played her club volleyball for Mizuno Long Beach and also played on Mater Dei’s high school beach team.

Alex saw action in 7 games across for USD as a defensive specialist, recording just a single statistical mark – 1 attack as a freshman in 2015.

Alex is one of four transfers for the coming season. Sasha Karelov is transferring from Duke, Hannah Matt is coming from Irvine Valley Community College, and Heather Weiss is transferring in from Florida Atlantic.

The team will also add junior Ashley Murray to this year’s beach roster – she was a first-team All-Big West selection as a sophomore on the school’s indoor team. The team went 13-14 last year and didn’t receive any votes in the preseason AVCA Coaches’ Poll released earlier this week.