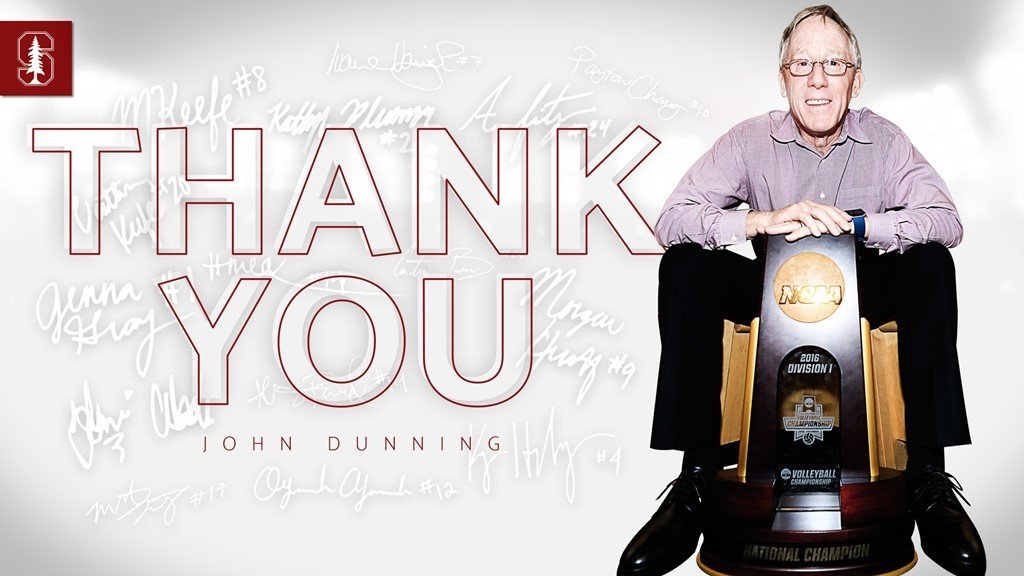 Stanford women’s volleyball head coach has announced his retirement after a 32-year long career and 5 NCAA titles. Dunning goes out on top after having won the 2016 NCAA Championship with the youngest team to ever do so; and having been named the AVCA National Coach of the Year.

“I am a very lucky person. I have had the joy of coaching in a sport I love for decades, but have decided that it is time to retire,” said Dunning. “I have had the wonderful opportunity to coach so many great student-athletes, and work with amazing people in amazing programs at great universities. I am grateful for all the support I have received and hope in the coming weeks to be able to reach out and thank people for all that they have done for me.”

In 32 seasons as a head coach, Dunning’s teams have never missed the postseason. He took 12 teams to the Final Four, including in 8 of his 16 years at Stanford. He and Penn State coach Russ Rose are the only coaches with 10 NCAA title game appearances.

Stanford says that they will immediately begin a national search for Dunning’s replacement. Given that Stanford returns almost all of its title-winning team (and will do the same for several years into the future), the job should attract most of the country’s top coaches.