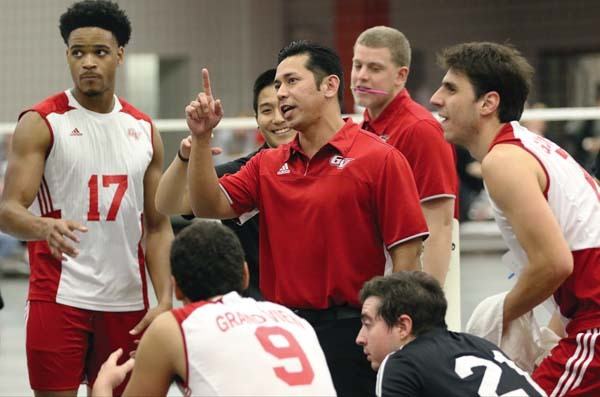 Cruz is in his 6th season at the helm of the Vikings, and his team takes the #1 seed into the NAIA National Invitational Tournament. They went 12-0 in the Heart of America Athletic Conference this season and finished 22-3 overall: including a 14-match winning streak to end the regular season.

The team has been ranked #1 in the NAIA Coaches Poll in 6 of its 8 weeks of release, and put 3 players on the NAIA All-American team. This is Cruz’s 3rd time winning the award in the last 4 seasons.

Tom Sorensen, from Ottwawa University in Iowa, is in his second season with the Braves. He focuses primarily on the team’s attackers, who led the NAIA in kills-per-set (13.9), team hitting percentage (.329), and assists per set (13.1). Ottawa University, head coached by Melissa Blessington, is the #5 seed for the upcoming NAIA National Invitational Tournament.

As a player, Sorensen was a member of the U.S. Men’s National Team, culminating with a spot in the 1996 Summer Olympics.