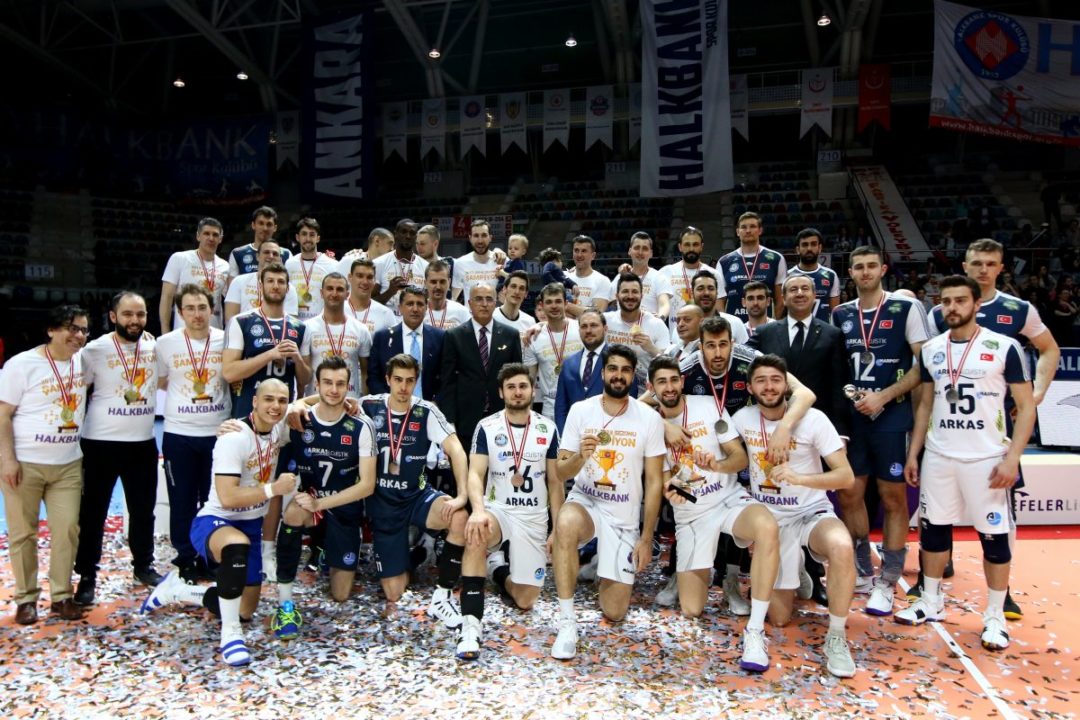 Turkish side Halkbank Ankara swept the Turkish titles in the 2017-2018 season and advanced to the Final 6 of the European Champions League. Archive Photo via Efeler Ligi

Turkish pro team Halkbank Ankara may have been eliminated from the European Champions League in the round of 6, but that didn’t dampen their spirits to successfully complete a Turksih treble earlier this month. The club beat Arkas-Spor 3-1 (25-21. 25-21, 20-25, 25-19) in the 4th game of a best-of-5 series on April 9th, which also gave them a 3-1 matches win in the series.

The league has been dominated by the two finals’ participants of this year – they’ve combined to win the last 6 league titles, going back to 2013.

Halkbank was easily the best team in the regular season too, earning 62 points with a 20 win and 2 loss record. Arkas Spor was one off 3 teams that went 15-7 for the second-best record in the league this season.

The club also won the Turkish Volleyball Cup and the Turkish volleyball SuperCup to stamp a treble on their record-books. Halkbank has now won the treble twice in their history, with the other coming in the 2013-2014 season.