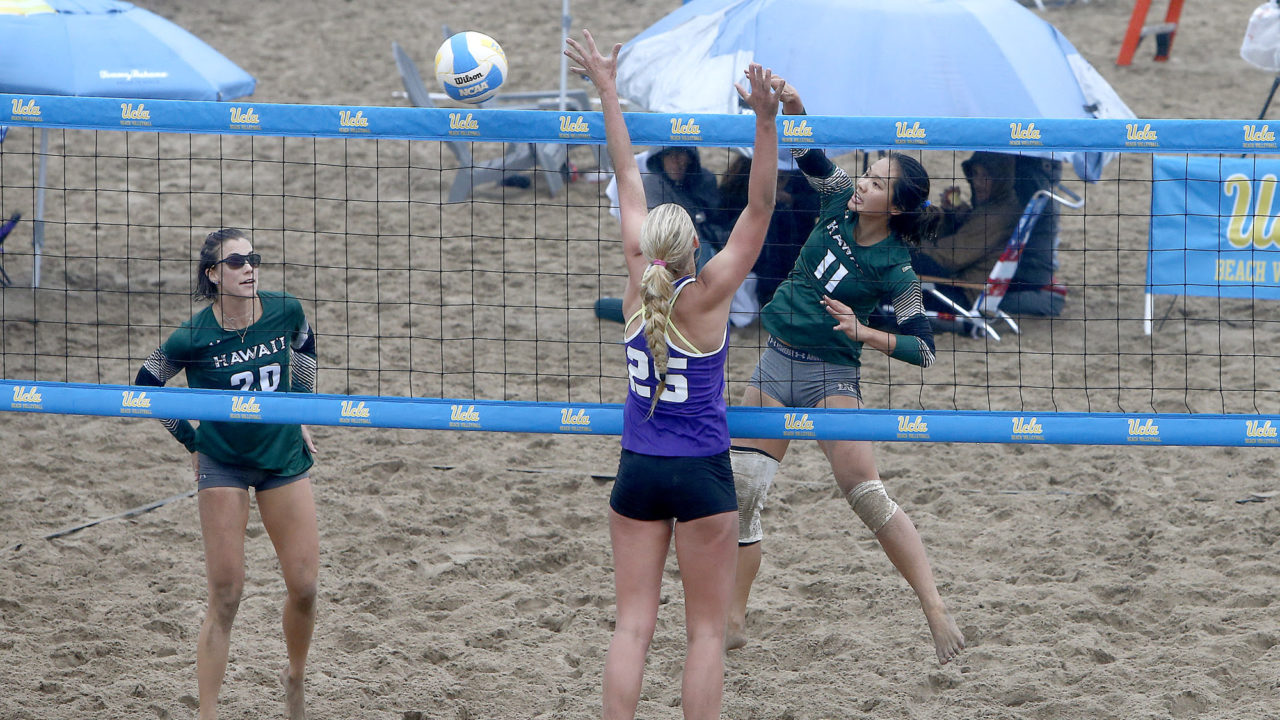 The No. 3 University of Hawai'i beach volleyball team will play nine straight matches on the road, beginning with the Gamecock Challenge, March 24-25, at Wheeler Beach on the campus of South Carolina. Current Photo via Hawaii Athletics

The No. 3 University of Hawai’i beach volleyball team will play nine straight matches on the road, beginning with the Gamecock Challenge, March 24-25, at Wheeler Beach on the campus of South Carolina.

The Rainbow Wahine will take on UNC Wilmington, Florida Gulf Coast, UAB, and host South Carolina in the two-day tournament. It marks UH’s first-ever visit to South Carolina and the first time they will meet each of the four squads on the beach volleyball court.

The host Gamecocks (12-2) should provide the sternest test. South Carolina is currently ranked No. 8 in the country and boast a 12-2 record with a recent win over No. 7 LSU. Their two losses have come to No. 1 Pepperdine and then-No. 4 Florida State.

The Rainbow Wahine (14-3), meanwhile, look to continue their roll. UH has won nine straight matches, tied for the third-longest win streak in program history. UH is 11-3 against ranked opponents this year and are coming off a weekend in which it picked up a pair of wins over defending national champion USC.

Morgan Martin and Lea Monkhouse have helped power the streak with eight straight wins, primarily at the No. 3 court. The duo – who hold a 14-2 mark on the season – earned both conference and national recognition as the pairs team of the week after their outstanding performance in the Outrigger Resorts Hawai’i Invitational.

Emily Maglio and Ka’iwi Schucht have also been outstanding and have ran their record to 14-2 this season following a victory versus Nebraska on Tuesday at the top flight. With the win, Schucht , a senior from Escondido, Calif., became the program’s all-time leader in dual match wins with 74.

Following the Gamecock Challenge, the Rainbow Wahine will remain on the road to face five conference foes in the Big West Challenge in Sacramento, Calif. (March 30-31).