Hawaii Rallies From Two Sets Down to Beat UC Irvine 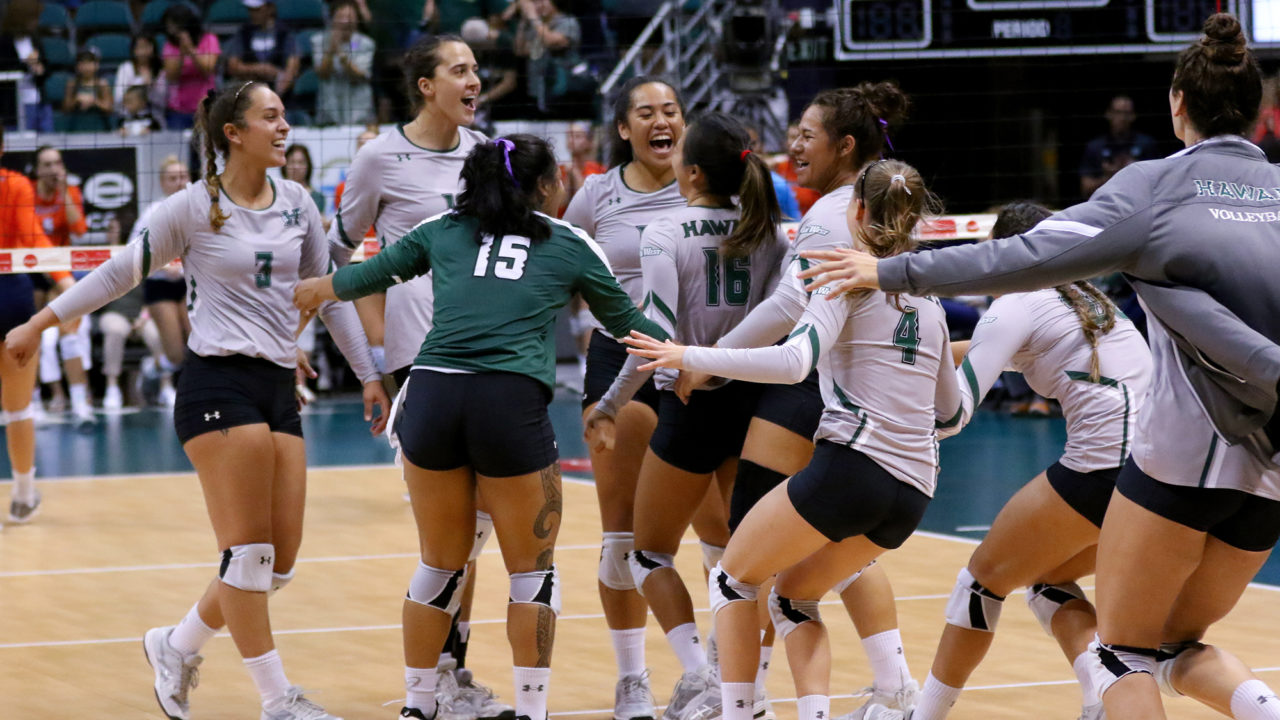 Making its first conference trip off the island, Hawaii rallied from two sets down to defeat UCI Sunday afternoon. The victory keeps the Wahine tied with Long Beach State at 2-0 and a half game back of #18 Cal Poly, who sits atop the Big West standings.

The first set saw the teams battle back and forth. Trailing 11-10, the Anteaters used a 5-1 spurt to take the lead and control of the set. Hawaii had one final push in it, tying the set at 23, but a kill by Harlee Kekauoha and an error on the Rainbow Wahine gave UCI the first set. The Anteaters hit .300 in the opening set, hammering down 17 kills in 40 total attacks.

Hawaii opened the second set in a fury, as it jumped in front 6-1. The Wahine kept the pressure on UCI and pushed the lead to 17-10. But the Anteaters erased the deficit and tied the set at 20. UCI then wrapped up the second set, 25-22 on a pair of kills from outside hitter Loryn Carter.

The teams exchanged points in the third, with neither able to build a lead larger than two points. Hawaii was able to grab a 22-19 lead after a UCI error, but a 3-0 Anteater run tied the set again at 22. Hawaii then got a kill from Casey Castillo and an ace from setter Rika Okino to earn a set point try. Two points later, Hawaii took the stanza at 25-23.

Hawaii erased an early 5-1 deficit in the fourth with a 7-0 run. The Wahine led the rest of the way, holding off UCI, 25-20 to force a decisive fifth set.

Once in the fifth set, Hawaii could not be denied the victory. The Wahine broke a 7-7 tie with a 5-0 run that buried the Anteaters. After UCI cut the lead to 13-11, Hawaii took the final two points to solidify the 15-11 win.