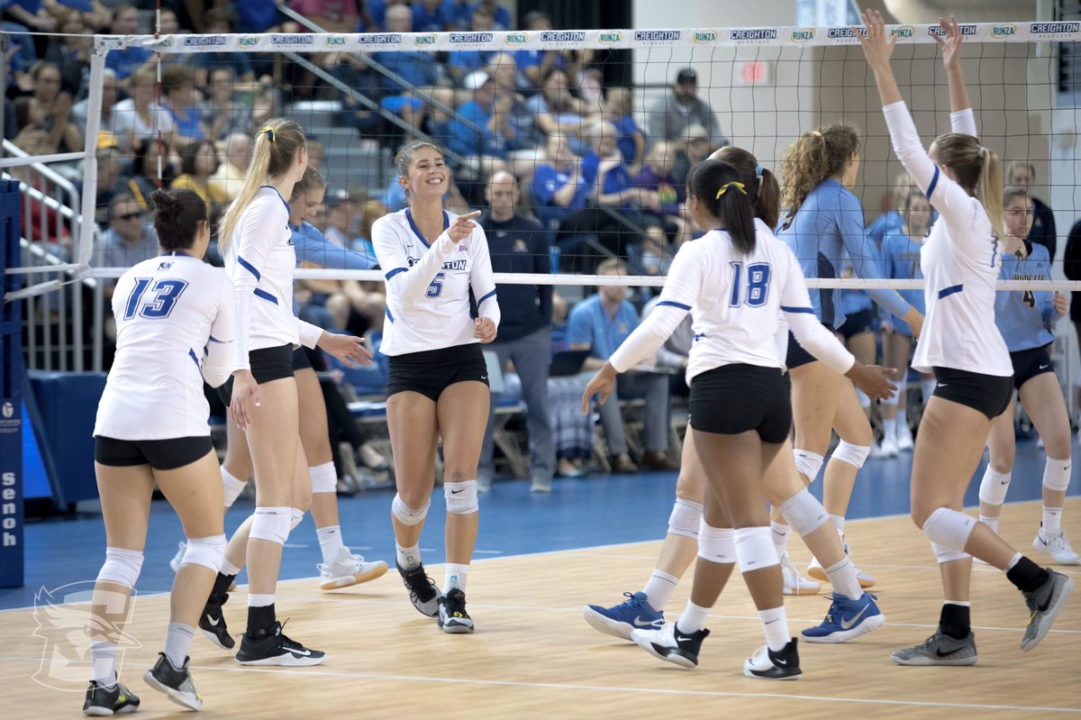 Providence completed its comeback with a win over DePaul in 5 sets to earn its first Big East volleyball victory of the season. The Friars registered a .210 attack percentage, 13 blocks and 7 service aces to down the Blue Demons.

The Friars with a huge win over DePaul 3-2! Providence will be back in action against Xavier and Butler on Sept. 28-29 to continue BIG EAST play. pic.twitter.com/ITqhWjNhgV

After falling behind 2-0 to DePaul, Providence changed the momentum with a 7-3 lead in the third set. The Friars never trailed en route to their 25-15 win.

The Friars got out to another strong start in the fourth set, jumping ahead 9-5. A 6-0 stretch midway through provided a cushion for Providence, which went on to claim the win, 25-19, and even the match, 2-2.

In the fifth set, the Friars pulled ahead 5-1 before the Blue Demons were able to fight back and tie the score at 5-all. Providence used a 7-3 stretch to regain control and close out the match with a 15-10 win.

13th-ranked Creighton won a Top 25 matchup in straight sets against 17th-ranked Marquette on Sunday afternoon. The Bluejays outdid the Golden Eagles in attack percentage (.322 to .210), blocks (7 to 1), and aces (4 to 1), to secure the sweep in the battle of Big East favorites.

The Bluejays used a 4-0 run to break a series of 5 ties in the opening set and never surrendered the lead en route to their 25-17 win.

After falling behind 7-3 to the Bluejays, Marquette came fighting back to knot the score, 7-7. Thirteen more ties followed before Creighton could claim the win, 26-24, with a Jaela Zimmerman kill and an attack error.

Creighton jumped ahead 4-0 in the third set and extended its advantage to 22-15 with another 4-point stretch midway. Marquette would get within 3, but the Bluejays went on to earn a 25-20 win for the sweep.

Taryn Kloth led Creighton with 16 kills and a .464 attack percentage, while Jaali Winters contributed 15 kills and 11 digs for a double-double. Madelyn Cole also notched a double-double with 38 assists and 12 digs and Brittany Witt posted 19 digs.