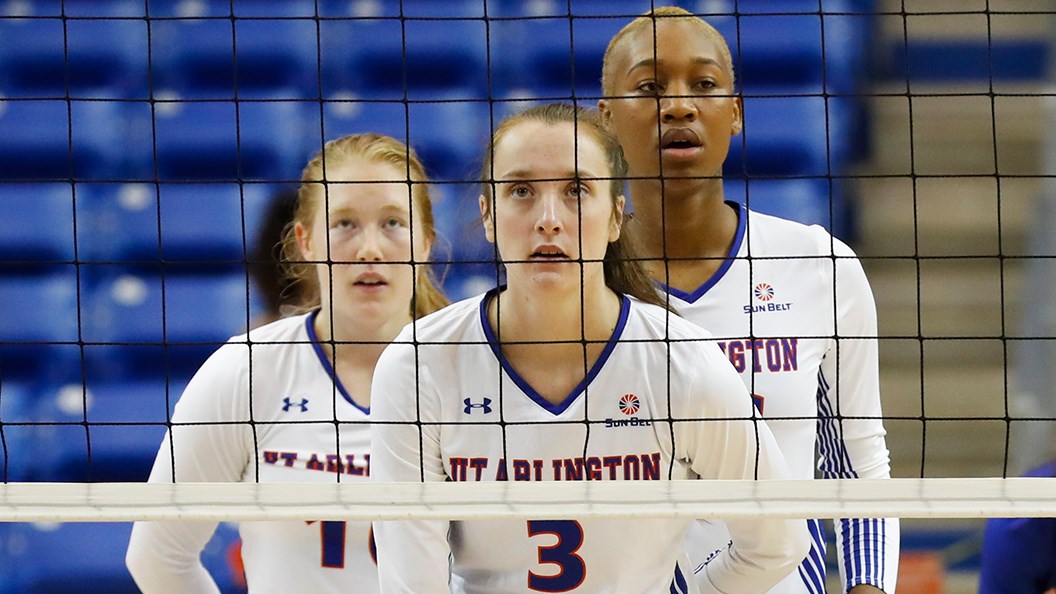 Madison Hill, UTA (Jr., MB, Rockwall, Texas)
UTA junior middle blocker Madison Hill hit .452 as the Mavericks split a pair of weekend matches on the road. In the sweep at Troy, Hill registered nine kills and a .316 hitting percentage with a match-high six blocks. At South Alabama, she finished with a match-high 15 kills and hit .565, adding three blocks and a pair of digs. Hill has recorded double-digit kills on 10 occasions this season, including six times during Sun Belt play.

Congratulations to Sydney Davis 👏 … this week's Sun Belt Defensive Player of the Week. 👊

Emily DeWalt is back at it, tying the @SunBelt record with her 10th weekly award of the year! https://t.co/VtP6PspWOP pic.twitter.com/2blYHb3S4B

Kate Blasingame, ULM (Fr., OH, Plano, Texas)
ULM freshman outside hitter Kate Blasingame played lights out with back-to-back double-doubles as she led the Warhawks to their first two Sun Belt wins of the season. Blasingame posted consecutive double-double performances for the second time this year, bringing her season total to five. Her 14 kills in each match were season highs and the seventh time this year she hit double-digit kills. Blasingame’s 18 digs against Georgia State tied for a season high as well.

Blasingame Recognized as Sun Belt Freshman of the Week https://t.co/1N8pJh4ZPq