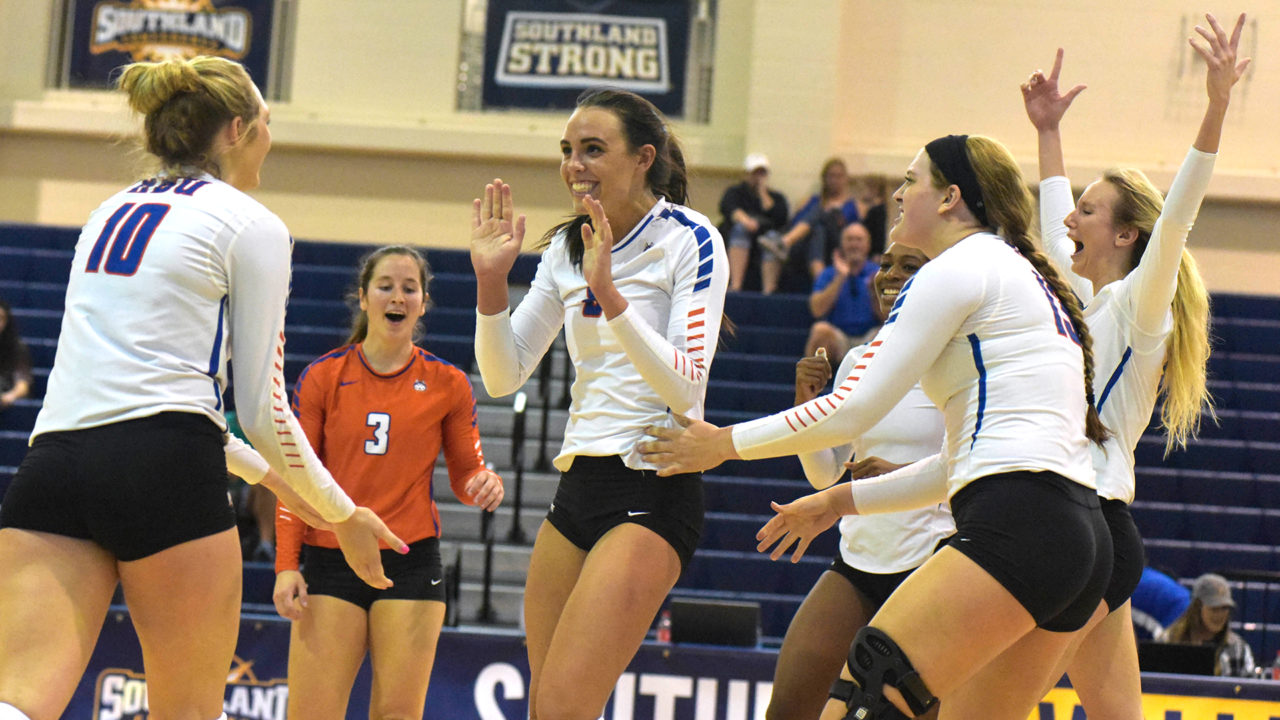 Houston Baptist is tacking on a transfer from Panola College to play defensive specialist/libero. Archive Photo via Charlie Blalock

Houston Baptist is bringing on a transfer addition from the junior college level in Camie Copeland, a 5’6″ defensive specialist/libero from Panola College.

Copeland will be a junior for the fall season with two years left of play. She is immediately eligible since she comes from a two-year college.

At Panola, Copeland helped the Fillies reach back-to-back NJCAA National Championships tournament appearances for the first time in school history. After totaling 233 digs (1.94 per set) as a freshman in 2016, her numbers rose even more as a sophomore when she logged 293 digs (2.55 per set), 22 assists (0.19 per set) and six aces (0.05 per set).

A native of Longview, Texas, Copeland attended Spring Hill High School before her stint in Carthage. She was a two-year varsity starter at libero with the school in helping the Panthers to a pair of regional tournament appearances and a 62-7 record. That was capped by her senior season in which she notched 523 digs.

Houston Baptist finished the 2017 season at 21-10 overall including an 11-5 mark in the Southland Conference before falling in the conference tournament semifinals. Copeland will look to push the team over the edge in 2018, as she joins a roster with two returning defensive specialists/liberos.

All glory to God! I am so blessed to announce that I have accomplished my goal of playing volleyball at a D1 school and have committed to playing at Houston Baptist University! #GoHuskies 🏐🤘🏼❤️ pic.twitter.com/JMgMBX93aP