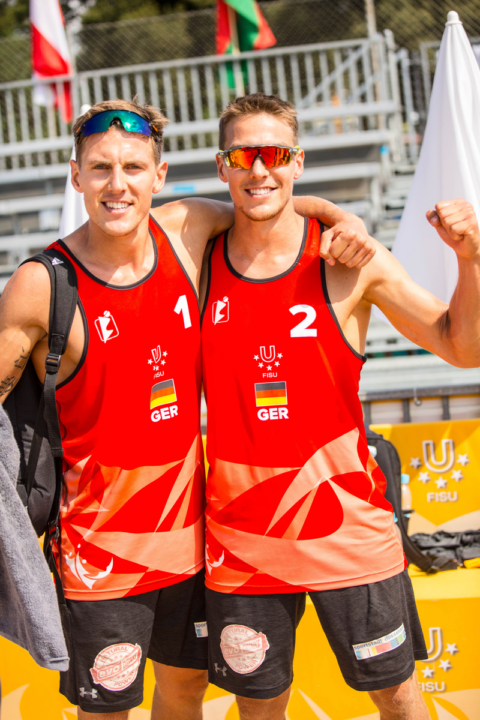 The men’s World University Beach Championships field was cut from eight to four to the final two in the race for the title on Thursday.

Germany’s Dan John/Eric Stadie will face countrymen  Bennett Poniewaz/David Poneiwaz for the championships on Friday after earning a pair of tiebreak victories. In Round 3, John/Stadie dropped their opening set against Dutch duo Ruben Penninga/Tom Van Steenis 16-21, but rallied for a 21-16, 16-14 victory.

Once in the semifinals, the John/Stadie moved past Austria’s Felix Friedl/Maximilian Trummer 21-15, 17-21, 15-10. It was the second tiebreak match of the day for both teams as Friedl/Trummer let Spain’s Oscar Jimenez/Hugo Rojas back into their Round 3 match, but hung on for a 15-9 win.