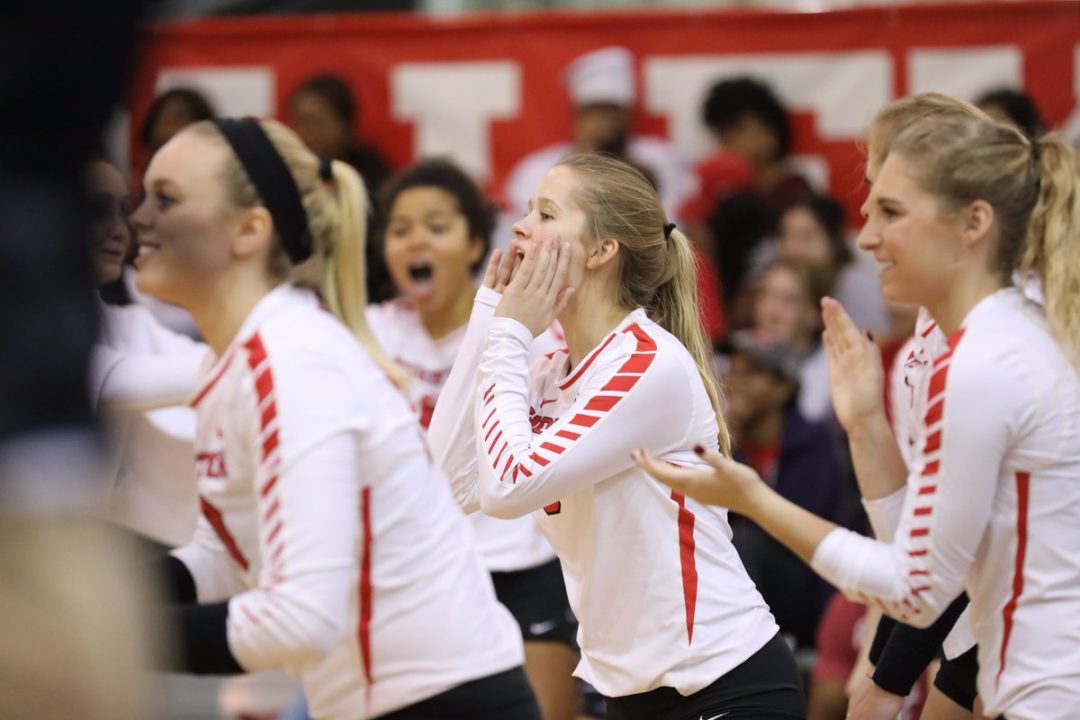 Highlighted by 14 matches and the ninth annual Flo Hyman Collegiate Cup inside Athletics/Alumni Center, the University of Houston Volleyball program and head coach Kaddie Platt announced the release of the 2018 schedule. Current Photo via Houston Athletics

HOUSTON — Highlighted by 14 matches and the ninth annual Flo Hyman Collegiate Cup inside Athletics/Alumni Center, the University of Houston Volleyball program and head coach Kaddie Platt announced the release of the 2018 schedule on Wednesday afternoon.

The 33-match slate features eight teams who won 20 matches or more in 2017 as well as nine home matches in American Athletic Conference play.

“My staff and I are extremely excited about our 2018 schedule,” Platt said. “With three of our four tournaments on the road to start the year, we believe it sets us up to face some high-caliber programs in some tough atmospheres, and that will set us up well heading into conference.”

NOTES ON THE SCHEDULE

9 — The Cougars will play matches across nine states

14 — Houston will play 14 matches inside the Athletics/Alumni Center

Houston opens its season with a tournament at New Orleans, facing Murray State, Nebraska-Omaha and the host Privateers across Aug. 24-26.

After the tournament, the Cougars will host Prairie View A&M in their home opener on Aug. 28 before making another trip to the state of Louisiana, this time Lafayette, La., for a tournament featuring matches against the Nicholls, Sam Houston State, Mississippi Valley State and the host Ragin’ Cajuns across Aug. 31-Sept. 1.

“Flo Hyman’s name continues to be synonymous with not only Houston Volleyball but also with the highest level of volleyball in the world,” Platt said. “She was a pioneer for the sport, and we are elated to host a tournament in her honor for a ninth year.”

Houston will close tournament play and their non-conference schedule at Robert Morris in Moon Township, Pa., with matches against Eastern Michigan, Duquesne and the host Colonials across Sept. 14-15.

“The American Athletic Conference year-in-and-year-out has great volleyball competition from top to bottom,” Platt said. “We took a big step as a program last season and look forward to bigger strides in 2018.”

The 2018 season marks the sixth for Houston as a member of The American. Conference play will feature 18 matches in a Friday/Sunday format.