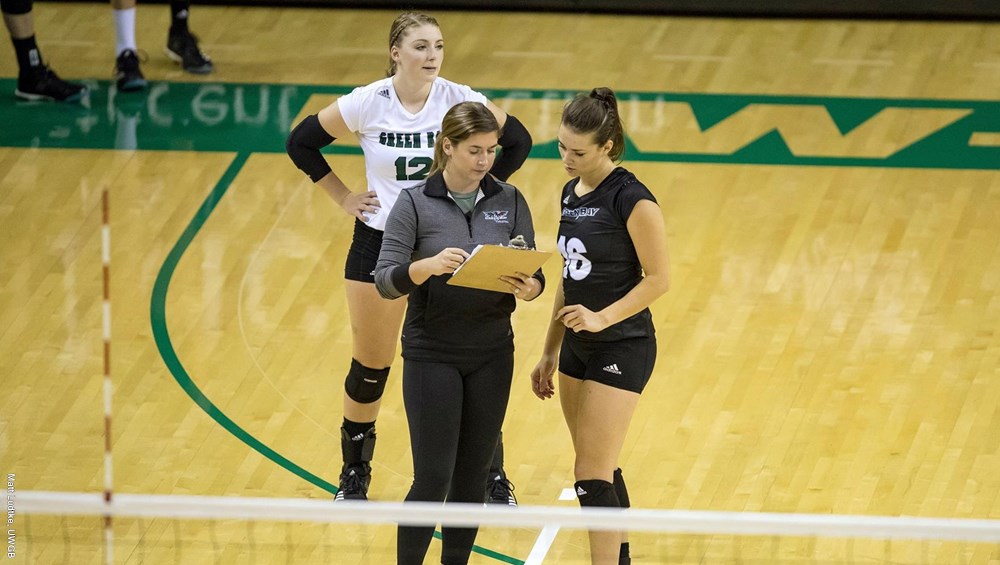 New University of Memphis head coach Sean Burdette has announced the hiring of Alexa Wharton as his new assistant coach and recruiting coordinator. Wharton was also Burdette’s assistant last season in Green Bay before he was announced as the 9th head coach in Memphis history in January.

In the pair’s one season together at Green Bay, the team finished 17-16 overall, including a 9-7 record in Horizon League play. They advanced to the conference championship match, where they were swept by Cleveland State, and then won 2 matches (over Bowling Green and Illinois State) at the National Invitational Volleyball Championship before losing to TCU in the conference quarterfinals.

Memphis has also retained James Onikeku as associate head coach. Onikeku has been with the program since 2011.

“I am very excited to announce the addition of Alexa to our staff,” said Burdette, who took over the reins of the Memphis program in January. “With her background as player and coach at various levels of the NCAA, Alexa is very driven and self-motivated to bring fresh ideas and knowledge to the Tigers volleyball program.

“Alexa was an integral part of my staff and success last year at Green Bay, where we had one of our most successful seasons with a second-consecutive appearance in the Horizon League Championship match and a Final Eight finish in the NIVC Tournament. Alexa, who will be our recruiting coordinator, fits in well with our program’s philosophy and what we are looking to build here at Memphis. She has a unique ability to identify talent and find various ways to connect with prospective student-athletes.”

Prior to Green Bay, Wharton spent 2 years as an assistant with Division III Wisconsin-Whitewter, which included a perfect home record (32-0) across the two seasons. She played collegiately as a setter at Heidelberg University from 2010-2013. The was an All-OAC player as a senior and finished her career rank 6th in Heidelberg’s all-time assists rankings. After graduating, she spent a season as a graduate assistant at her alma mater to begin her coaching career.

Memphis had a 10-22 record overall last season, including a 3-17 record in American Athletic Conference play. Their 2018 season begins on August 24th when the Tigers host the Memphis Invitational against Stephen F. Austin, Arkansas-Pine Bluff, and Arkansas State. Memphis returns 7 players from last year’s team: 3 seniors, 3 sophomores, and a redshirt junior.