“I Don’t Want To Disappear In The USA” – Tina Graudina 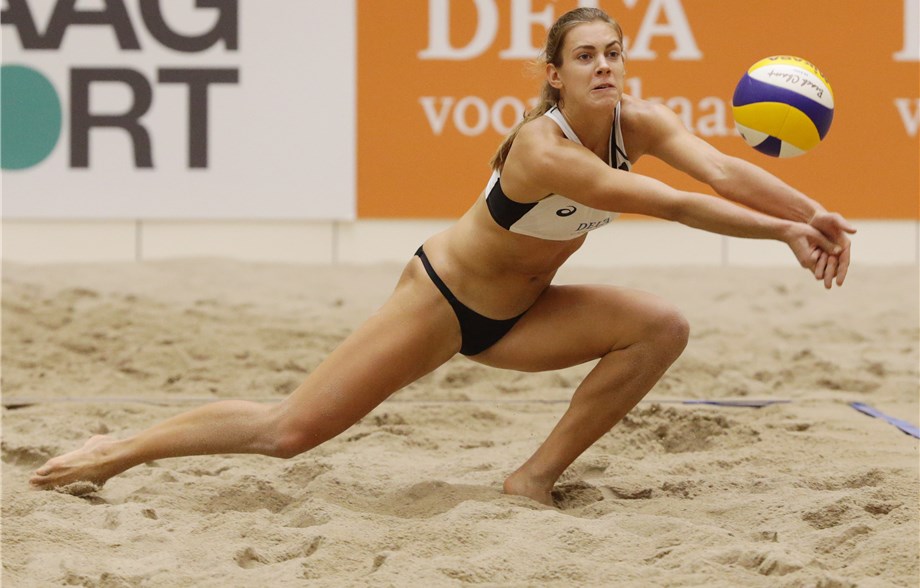 Although she failed to reach the highest step of the podium at CEV’s #EuroBeachVolleyU22, losing to Russia’s Nadezda Makroguzova and Svetlana Kholomina at the finals, Latvia’s Tina Graudina and partner Anastasija Kravcenoka really won the hearts of their home-crowd at the Latvian city of Jurmala. At the end of it all, a crowd of supporters looked at the silver medalists for photos and autographs.

Tina is a household name for American beach volleyball fans, as she currently plays college ball for the University of South California in LA. After the conclusion of her freshman season in early 2018, she was tagged as an AVC All-American and Volleymag’s Pair of the Year alongside Abril Bustamante. One of the best players in the world in her age group, she was an an U22 European champion in 2016, an U18 European Championship in 2015, and was a bronze medalist in the 2014 U17 World Championship as well. With that kind of resume, she wasn’t shy to let anyone know why she is keen in making the trips to Europe every summer during her college break to participate in CEV’s competitions (Cev.lu):

“I want to be always coming back here, for the love of Beach Volleyball. At least this season I couldn’t wait to get here and start playing again. The level that I play in Europe is higher than the one at university. I don’t want to disappear in the US […] This was my first year in the USA – at the University of Southern California, in LA. I am very happy that I can play volleyball outdoors all year long. When I finished my season there, I came back to Latvia where I reunited with my partner and we started to play together again. Until now, we have been playing every single week since the 20th of June, so it’s been quite a journey – a lot of ups and downs, good games and bad games, but that’s why I really enjoyed the tournament in Jurmala, because I didn’t have to fly anywhere; also because it’s nice to see a lot of familiar faces – it’s a nice feeling being at home where everybody is behind you. Beach Volleyball in the USA is a little bit different from the one we know in Europe. One of the obvious things is that we play with a different ball, but also the style of the game is a little bit different. So, I think it is good for me that I get to learn both styles – American and European, to add maybe a little more unpredictableness to my way of playing.”

Full range of emotions @eurobeach2018 both good and bad, but at the end we came just short and lacked 1 point to get out of the pool… Good luck to all the teams still in the tournament and it was truly a pleasure to play ❤ #volejbolslv #eurobeachvolley #beachvolleybal