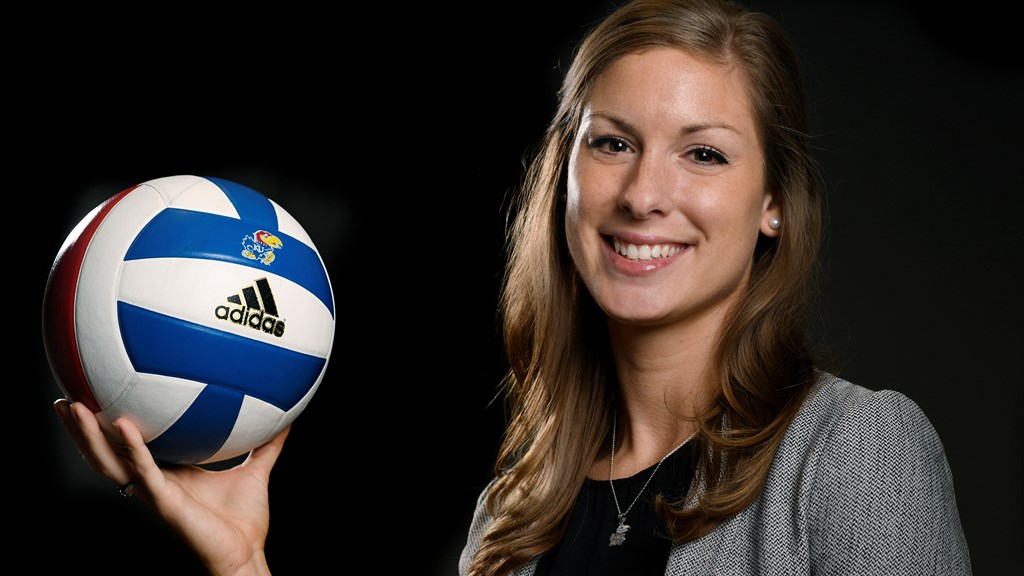 Maggie Bowen has been promoted from Director of Volleyball Operations to full-time assistant at the University of Kansas, the school announced on Tuesday. Bowen spent last season as director of operations after playing setter for the Jayhawks from 2012-2016. She replaces Kelly Files, who was hired in January of 2018 but resigned for personal reasons.

Bowen, then Maggie Anderson, served as backup setter and service specialist for the Jayhawks from 2012-2016. She was twice named an  Academic All-Big 12 honoree, and was with the program when they rose to national prominence with their first Final 4 in 2015, and their first Big 12 title in 2016.

“With the comfort level that our staff and team have with Maggie, this will make for the best transition right now,” head coach Ray Bechard said. “Maggie, having lived the culture that we are continuing to develop and maintain, is a great fit. With the passion, emotion, love she has for the university, our athletic department and volleyball program, she will do a great job this fall in helping this team and this program reach its goals.”

“Maggie has a good setting background and I know she will add a great voice of reason to everything we do,” Bechard said. “She was a role player for us, but she was a prime-time player when it came to what a good teammate looked like and what we want the culture to continue to develop here looks like. Maggie can impact each and every one of our players at some level regardless of their position because of her exemplary personal traits she possesses.”

Bechard said he supported Files’ decision to resign even after a short stint with the team. Kansas hired two new assistants in January, Files and Billy Ebel, after Laura Kuhn was hired as the head coach at Texas A&M. Files was an assistant at Oklahoma prior to coming to Kansas.

“Kelly is absolutely doing the right thing,” Bechard said. “It was unfortunate that her time couldn’t be longer with us, but when unpredictable family situations come up, we expect her to do what all of us should do — create an opportunity for her family to be together and be the best they can be. We knew that she very much wanted to be here but her opportunity to get back to Norman (Oklahoma) so her family could be one unit was really, really important to her. She is a very, very quality person. I know she had an impact on our players and staff while she was here. It was a family decision for her to move back.”