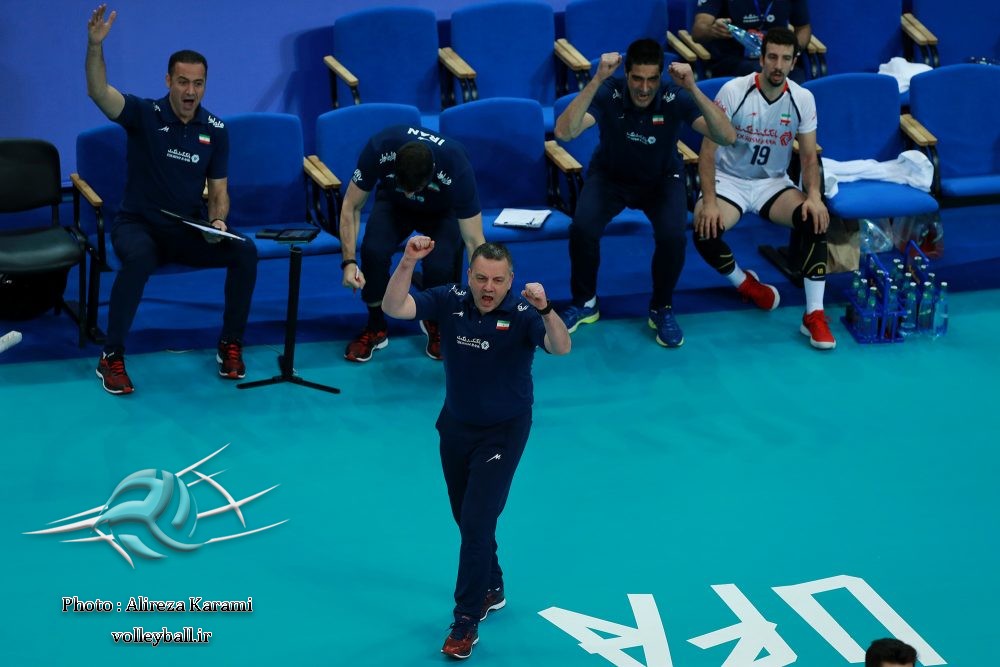 These are the views of Igor Kolakovic, head coach of the Iranian Men’s Volleyball Team.

On Mousavi’s Injury – Mousavi is a very important player on our team, but he was suffering from severe pain while playing in Argentina. His knee was very swollen after the last match against Canada. After speaking to the doctor, we decided it was best if he returned to Tehran to rehabilitate his injury. This guy plays with his heart and wants to fight until the end for his team and his country, so he does not want to say that his knee is an issue. He is very important to us and we all want him to take care of his knee in the best way possible

On young players – The young players were U19 World Champions and are a great asset to the Iranian volleyball team. They are the product of the Iranian trainers and the federation that invested in their development. I want their development to continue as fast as possible to achieve the quality of becoming the future of Iranian volleyball. I have to keep in mind that this is a gradual process that requires a lot of patience, so I use every opportunity I can to get them in the gym with the senior team to show what is expected of them and how strong they can be in the near future.

On games in the USA and versus Serbia – We haven’t played the Serbian team yet, but we will next weekend. In the fourth weekend, we will play against strong teams in Poland, USA, and Serbia, but it is our job, along with long trips and injuries, to fight the best we can. It is important that we do our best so we have nothing to regret. The game against Serbia is a very emotional thing for me. It’s not just a matter of relations with the state of Serbia but it’s a matter of relationships with the players, coach, and team manager. I’ve been with that team for 12 years and have gone through a lot of sadness and joy that brought us closer, and now we’re on different sides. I have to admit that it was very difficult for me in Tehran last year. I didn’t do well emotionally, and it was clear. Now I am sure that I will be more professional in Chicago than in Tehran. However, it’s been a year since, and I cannot tell you how this match will end, but I hope for a good and exciting match.

On the absence of Amir Khoshkhabar as an experienced team manager– Amir Khoshkabar is the most important member of our delegation. He, unfortunately, did not receive the US visa, as well as several players, including: Salafzon, Manavinejad, Toukhte, and Kazemi. It is certain that we are going to be weakened in the USA without Mr. Khoshkabar. Saeed Rezai, a member of the coaching staff, is a responsible and educated person who will replace him in the communication and duties in the US. I am confident that he will do it in the best possible way.