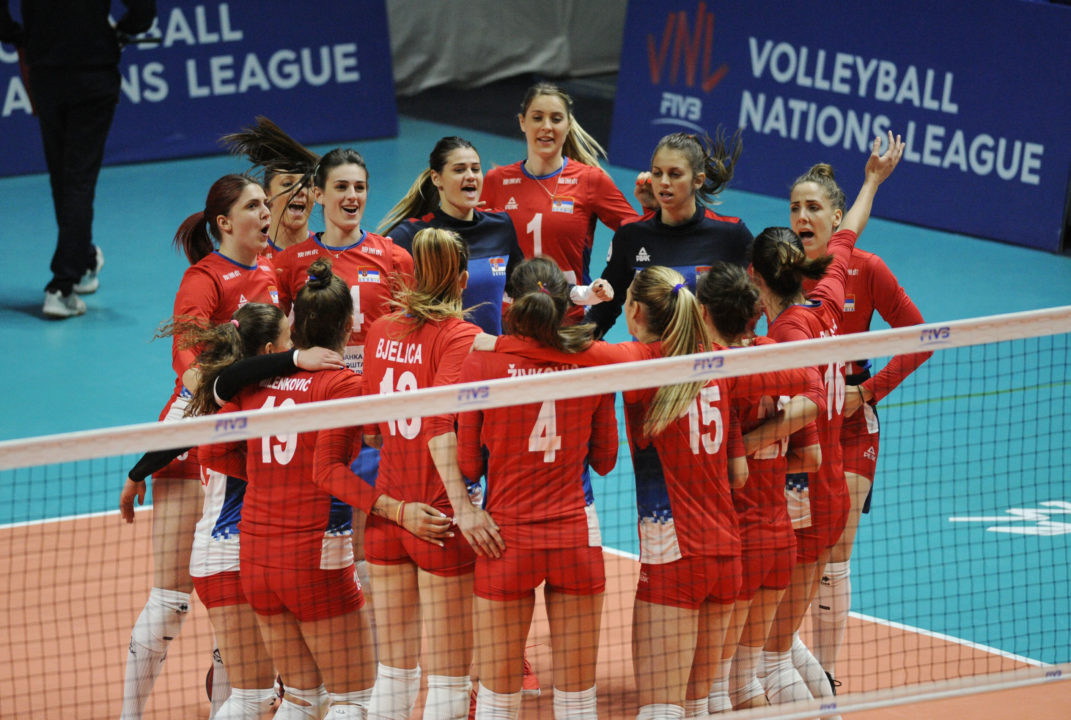 Serbia served up 10 aces and edged Argentina in every other statistical category in a sweep.  Current Photo via FIVB

Serbia served up 10 aces and edged Argentina in every other statistical category in a sweep.

After trailing by one at 8-7, Agnes Tosi led Argentina to a 19-16 advantage. Both teams had their chances to close out the win, but, in the end, Serbia claimed three straight points to steal away the 29-27 victory.

Serbia jumped ahead 7-2 to start Set 2 and hung on for a dominating 25-13 win behind Bjelica, Rasic and Milenkovic.

Argentina boasted a 7-4 lead in Set 3 fueled by the home crowd, but Serbia caught up and grabbed a 12-11 advantage. Rasic’s serve put the set out of reach for the Argentines and Jelena Blagojevic issued the final blow at 25-16.