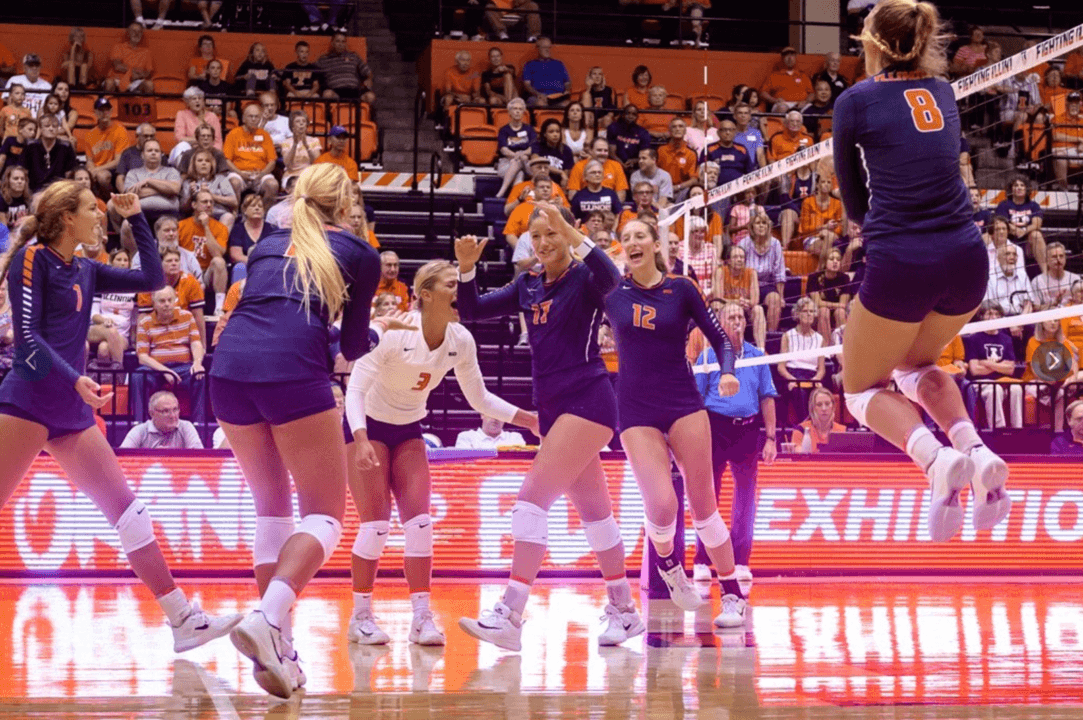 Illinois defeats Gonzaga in their first match of the season at the Montana State Bobcat Classic.  Current Photo via Illinois Athletics

In the opening match of the Montana State Bobcat Classic, the Illinois Fighting Illini beat the Gonzaga Bulldogs in 3 straight sets. For the match, the Fighting Illini hit .434 to Gonzaga’s .021. Illinois was led by middle blocker, Ali Bastianelli who hit .818 on 9 kills and tallied 9 blocks and 2 digs.

Gonzaga spread the offense throughout all of their hitters, but leaned on Alyse Whitaker who had 7 kills on 18 total attempts.

The win was the first for Illinois in the tenure of new head coach Chris Tamas, who was announced as the program’s new head coach in February. This tournament was one that Tamas came to while an assistant with Cal Poly in 2014. Teams with Tamas on staff have won their last 4 season openers.

ILLINOIS VS. THE FIELD

The Illinois volleyball team are a combined 1-1 against the Montana State Bobcat Classic field, with only a match each in the history of the program against Gonzaga and MSU. The Illini and Air Force will meet for the first time on Saturday morning.

It has been 33 years since the Illini and Gonzaga have met on the volleyball court. UI won the lone meeting between the two teams with a 3-0 victory on September 21, 1984.

The host Bobcats and the Illini last met 26 years ago when MSU took the only meeting between the two with a five-set win over the Illini on September 6, 1991.