Imoco Fights 0-2 Deficit To Take Down Fenerbahce In Five 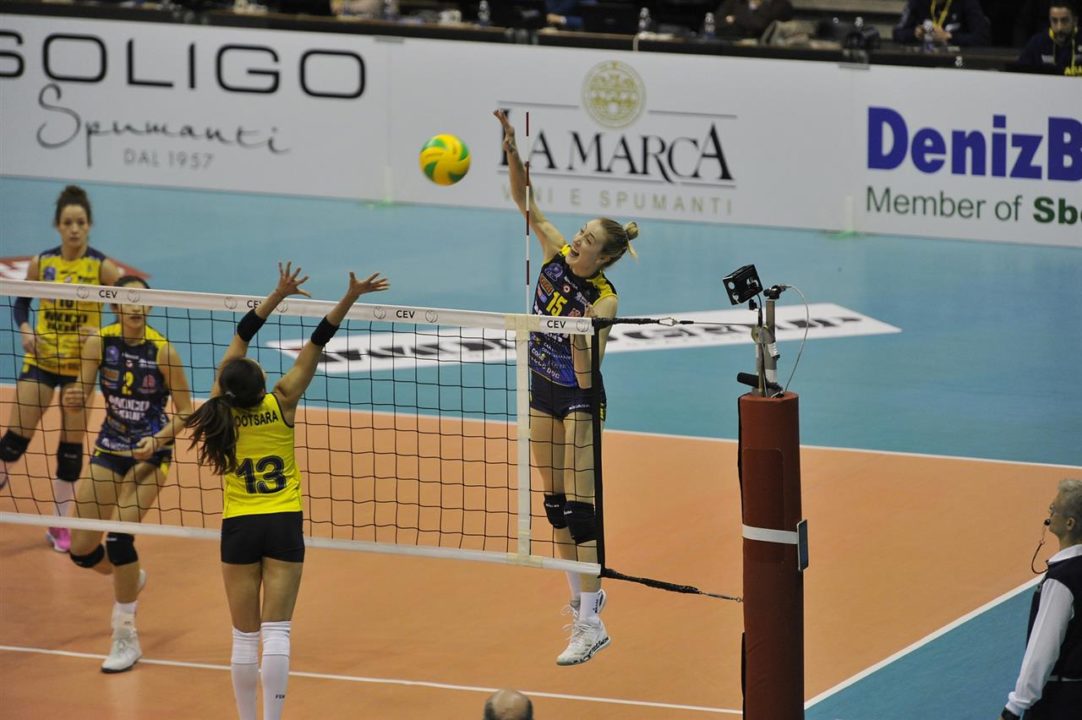 Both teams started off the match slow, with not many players stepping up to take charge, however, Fenerbahce was able to stay ahead winning the first two, looking for the clean sweep over Imoco, who defeated them in five during their last match in the Champions League.

The match turned around in the third set for Imoco as they scored 18 points to Fenerbache’s 10. The fourth set went much the same way with a 20-15 point difference. Robin de Kruijf and Kim Hill led the Italian side in the fourth with 7 and 6 points, respectively. The fifth set was once again dominated by Imoco, with 12-8 points scored leading the Italian squad to the 15-11 fifth set win.

De Kruijf and Samantha Estephania Guadalupe Bricio Ramos led the team with 18 points each while Hill and Samanta Fabris contributed 16 and 13 points, respectively.

For Fenerbahce, Polen Uslupehlivan led the match with 20 points while Dicle Nur Babat and Polina Rahimova posted 13 points each.

The win leaves Imoco in first place in Pool B with a 4-0 record while Fenerbahce sits back in third place with a 1-3 record. Up next for both teams will be Igor Gorgonzola Novara for Fenerbahce while Imoco will take on Agel Prostejov.