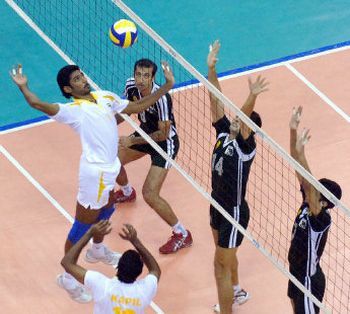 Due to an internal feud within the Volleyball Federation of India, the governing body that oversees all sanctioned competitions within... Archive Photo via Bobbyforu

Due to an internal feud within the Volleyball Federation of India, the governing body that oversees all sanctioned competitions within the country, there will be two Junior National Championships.

This comes after the VFI was suspended provisionally by the Federation Internationale de Volleyball (FIVB) in mid-December over the same internal dispute.

Currently the VFI is still split between recognizing president Chaudhary Avdhesh Kumar and secretary Ramavtar Singh Jakhar. According to Kumar, the secretary has been dismissed, and according to Jakhar the president has been deposed.

The VFI has yet to make an official decision as to which leader they support, however has demonstrated thus far the support of both.

According to the New Indian Express Indian Volleyball is now seeing two of everything due to the fact that both men are adamant on running the organization as they see fit.

According to Jakhar every association besides three have accepted his invitation to compete at the competition. At the current Junior National Championships, there are claims that 22 states turned up in the boys’ division and 15 in the girls.

The validity of the tournaments come to question. A January 10th High Court order delayed ruling whether or not the current tournament is valid until later.