Louise Bawden Back In Action With New Partner This Weekend 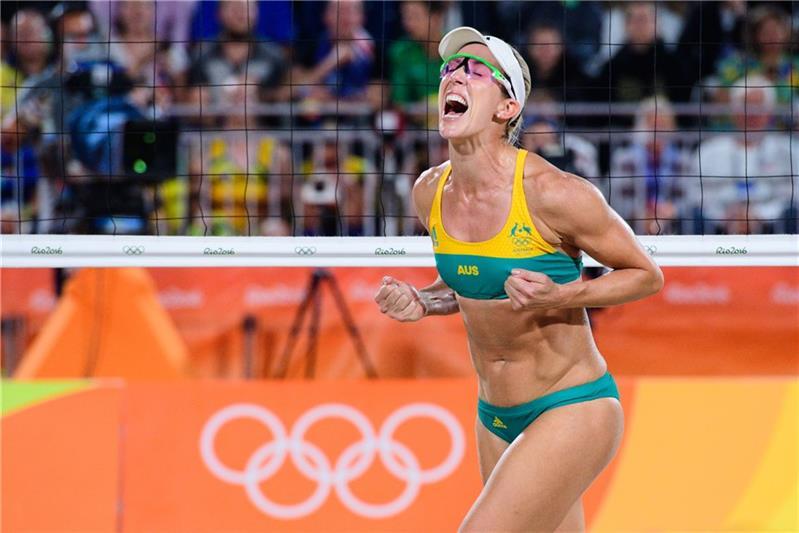 Three-time Olympic beach volleyball player Louise Bawden will be playing with a new partner this weekend while her partner Taliqua... Archive Photo via Hpeterswald

Three-time Olympic beach volleyball player Louise Bawden will be playing with a new partner this weekend while her partner Taliqua Clancy is injured.

The 35-year-old Aussie will be teaming up with fellow Rio Olympian Nikki Laird, a combination that the FIVB has described as “formidable.” The pair will be competing at the South Australian Open.

This weekend marks her return to competition after she and Clancy were eliminated in the quarter finals in Rio. Her short break is over, and her eyes are now set on the future which includes her quest to be part of  this year’s World Championships team and next year’s beach volleyball team at the 2018 Commonwealth Games.

Despite Clancy’s injuries, Bawden’s future plans include her. “The beach volleyball world moves pretty quickly, so we had to look forward quite soon after Rio,” Bawden said. “Amongst other things our plans currently include World Championships in Vienna in July and seeking gold at the Commonwealth Games in April 2018.”

The 2018 Commonwealth Games will be on home soil in Australia, which will add more sentiment to taking home a win.

“The Gold Coast 2018 is a really special opportunity to represent Australia on home soil, I am proud of our country and our beautiful beaches, and I will be doing everything I can to bring home the gold for Australia at the Commonwealth Games,” said Bawden.

While her sites are set on the future and competing again with Clancy, she’ll have her work cut out for her this weekend with her new partner Laird. The two will be facing off against Bawden’s 2012 Olympic partner, Becchara Palmer, and her new teammate Phoebe Roll.

Laird will be competing against her partner from the Rio Games who’s paired up with Thailand’s Yupa Phokongploy. Europe’s Michaela Vorlova and Lucia Michalovicova will also be present adding even more competition to the event.

More information about the event can be found here.

Check out these play highlights from Bawden below: