Insane Comeback From No. 1 Nebraska To Take Down No. 16 Penn State 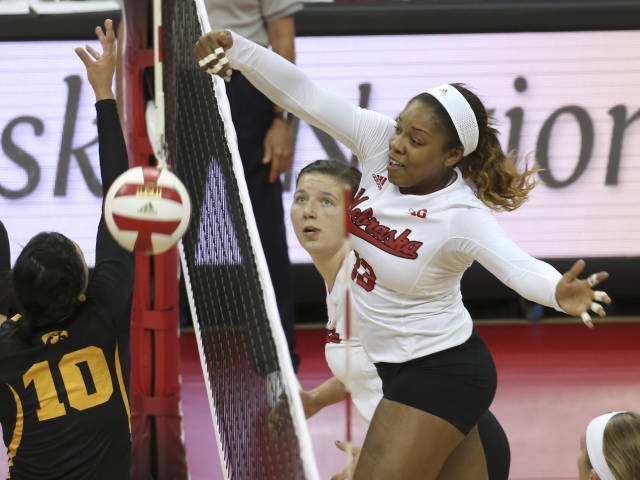 The 2016 NCAA Tournament was quiet through two round. 13 out of 16 seeded teams advanced, with Creighton over No. 5 Kansas being the lone upset of significance. But on Friday the tournament came alive on Friday with No. 1 seed Nebraska making the comeback of the tournament, thus far.

The Huskers battled with No. 16 Penn State through the first two sets, coming up short by scores of 25-23 in each.

The third set was going all Nebraska with the team up 16-10, but the Nittany Lions fought back within two of the Huskers at 16-14. Later, tied at 22 all, two Simone Lee kills put Penn State atop the Huskers for match point 24-22. A kill from Amber Rolfzen and an attack error from Lee tied the match up at 24s. Mikaela Foecke hammered down the next two points putting a set on the board for Nebraska.

The beginning of the fourth was a trade of points at 3-3, with kills coming from Briana Holman and Kadie Rolfzen to put Nebraska ahead 5-3. Trending nationally on Twitter at this point in the match, Ali Frantti slammed down a kill bringing it within one. A few attack errors for Penn State and service errors on both sides brought the set to 10-6 Nebraska. Rolling on a 9-4 run, Nebraska led Penn State 19-10 late in the fourth. Three kills from Lee, an attack error from Nebraska and a service ace brought the Nittany Lions back into the match at 19-15. The Huskers kept the lead, finishing the set 25-19 and tying the match a two a piece.

The fifth and deciding set was the Nebraska show, with it being a close bout in the beginning, but a Holman kill and block, along with an ace widened a narrow gap at 9-4. Frantti’s final kill of the match and a Nebraska attack error brought the Nittany Lions to 9-6. The Huskers dug deep going on a 6-0 run to take the match 15-6.

The final set was Penn State’s lowest hitting percentage of the match at -.077, while Nebraska hit their match high at .455.

Leading the Huskers in kills was middle blocker Briana Holman who hammered down 17 kills on a .583 hitting percentage, also adding five blocks to her tally. Amber Rolfzen added 15 kills, hitting for .345 and four blocks, while twin sister Kadie Rolfzen recorded a double-double of 14 kills and 18 digs. Andie Malloy pitched in another 13 kills.

Also recording a double-double for the Huskers was setter Kelly Hunter dishing out 50 assists and 10 digs. In the back court, Justine Wong-Orantes picked up 18 digs.

Leading Penn State in their efforts with double-double’s on the match, were Simone Lee and Ali Frantti. Lee recorded 22 kills and 12 digs in the match. Frantti, having the game of her career with Penn State, added 21 kills and 15 digs, also solo blocking six balls.

Nittany Lion setter Abby Detering picked up a double-double of her own with 40 assists and 10 digs, while libero Kendall White picked up a match-best 26 digs.

Nebraska will take on the winner of the Arizona/Washington game. The match will take place in Lincoln, Nebraska on Saturday, December 10 at 3 PM CST.