Inside The Numbers: A Look at the NCAA Statistics through Week 7 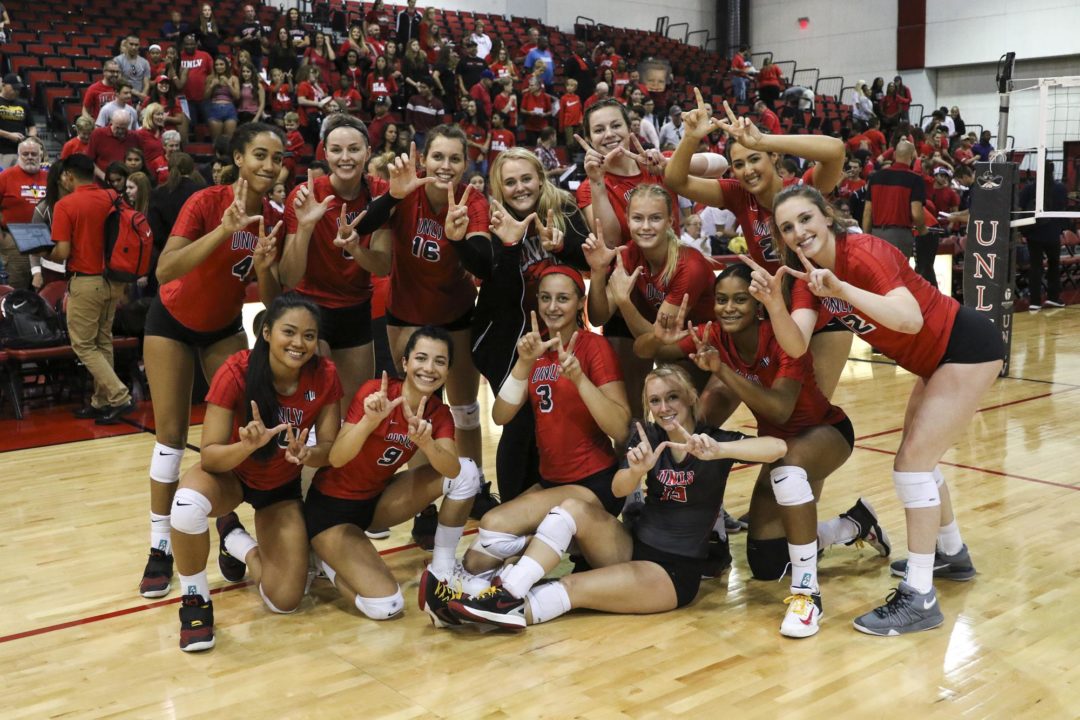 UNLV has folllowed the nation's top server Mariena Hayden to a 2.10 aces per set average to lead the team category. After seven weeks of play, here is a look at the NCAA Division I statistical rankings. Current Photo via UNLV Athletics

After seven weeks of play, here is a look at the NCAA Division I statistical rankings.

Florida Gulf Coast’s Sheronda Pickering is the most efficient hitter nationals, turning in a .445 clip.

The offensive leader in kills and points per set is Cincinnati’s Jordan Thompson, who has posted 6.69 points and 6.07 kills per stanza.

Florida Atlantic’s Ivone Martinez, who has earned has four Conference USA Setter of the Week nods in 2018, has dished out 12.82 assists per set to grab the No. 1 spot in the category.

UNLV’s Mariena Hayden has starred from the service line, turning in 64 aces, including 0.94 per set, both tops nationally.

Bowling Green’s Kallie Seimet has pulled up 6.51 digs per set to lead the nation’s backcourt players. Wyoming’s Reed Copeland is the best at the net with 1.78 stuffs per set.

BYU is not only one of two unbeaten teams remaining in Division I, but the Cougars lead the nation in hitting efficiency (.339).

Northern Kentucky has pulling up 20.06 digs per set to lead the defensive backcourts, while Penn State is the top team at the tape in blocks per set (3.14).