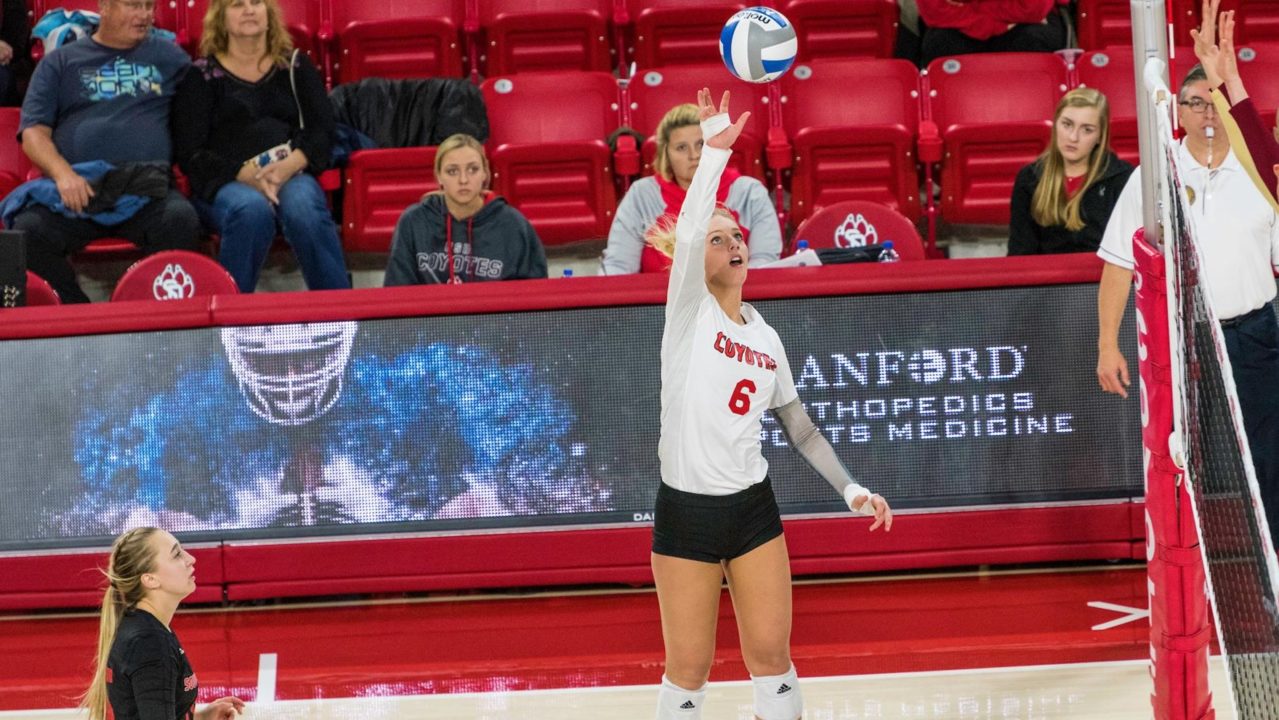 South Dakota's Hayley Dotseth joined the elite ranks of the 1,000 kill/1,000 dig club. Dotseth was one of 12 players to notch her 1,000th kill, while five players joined the 1,000-dig club on Week 7.  Current Photo via South Dakota Athletics

Dotseth notched her 1,000th kill in a sweep of South Dakota State on Sunday, part of a 16-kill haul. The Johnston, Iowa, native pulled up her 1,000th career dig a few weeks ago and that tally now stands at 1054.

Midrelis surpassed the 1,000 kill milestone with 11 putaways against Missouri State on Saturday. With seven kills and seven digs on Monday against Northern Iowa, all told, the senior outside now has 1,250 digs and 1,014 kills.

Four other players are approaching the group.