Inside the Numbers: A Look at the NCAA Statistics through Week 8 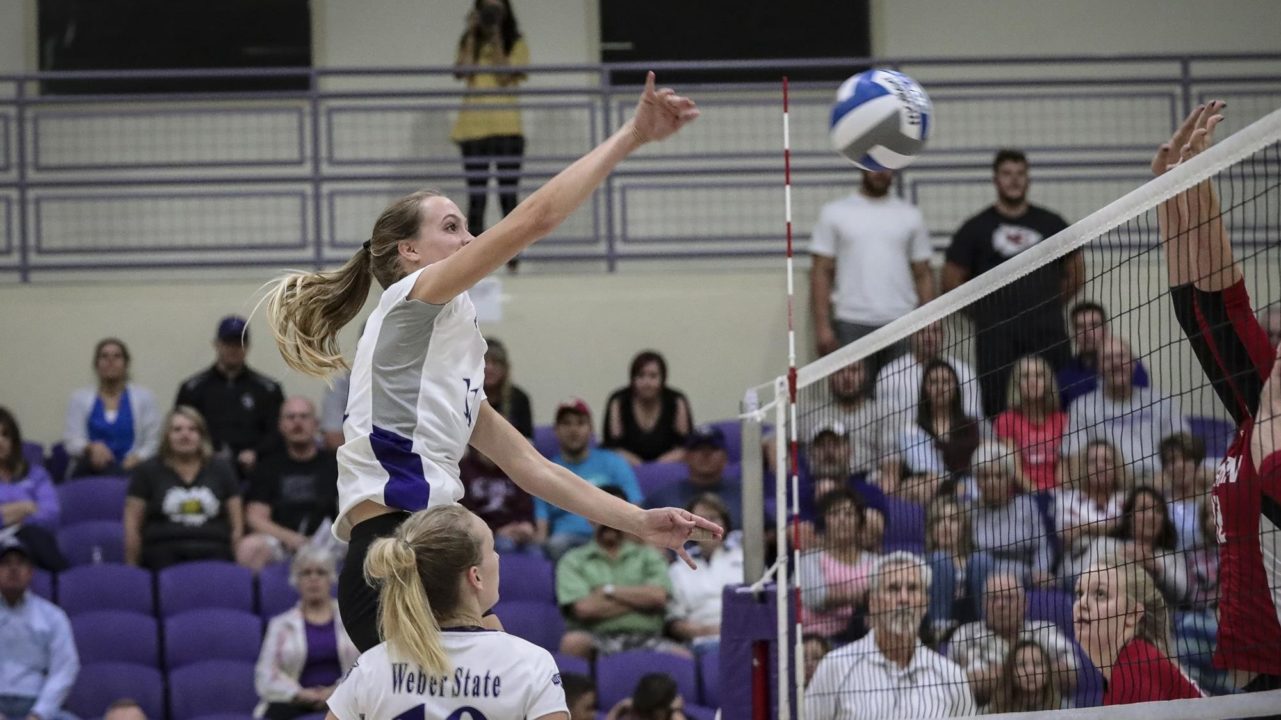 After week 8, the midway point of some conference seasons, here's a look at the NCAA Division I statistical leaders.  Current Photo via Weber State Athletics

After week 8, the midway point of some conference seasons, here’s a look at the NCAA Division I statistical leaders.

After two weeks atop the standings, FGCU’s Sharonda Pickering has dropped to third in hitting efficiency (.426). Hannah Hill of Weber State assumed the top spot after Week 8 with a .448 effort, followed by Brooke Morgan of Kentucky (.434)

Cincinnati’s Jordan Thompson, this week’s VolleyMob Player of the Week, continued her reign atop the national kills (6.28) and points per set (6.88) listings.

As one of two undefeated teams left nationally alongside Pittsburgh, No. 1 BYU leads the nation in hitting efficiency with a .328 effort, while also ranking third in opponent hitting percentage at .140.

Denver ranks first in aces per set (2.11), while UNLV is second behind Hayden’s ace tally.

No. 5 Nebraska has held opponents to just a .127 hitting effort on the year, leading the way nationally.