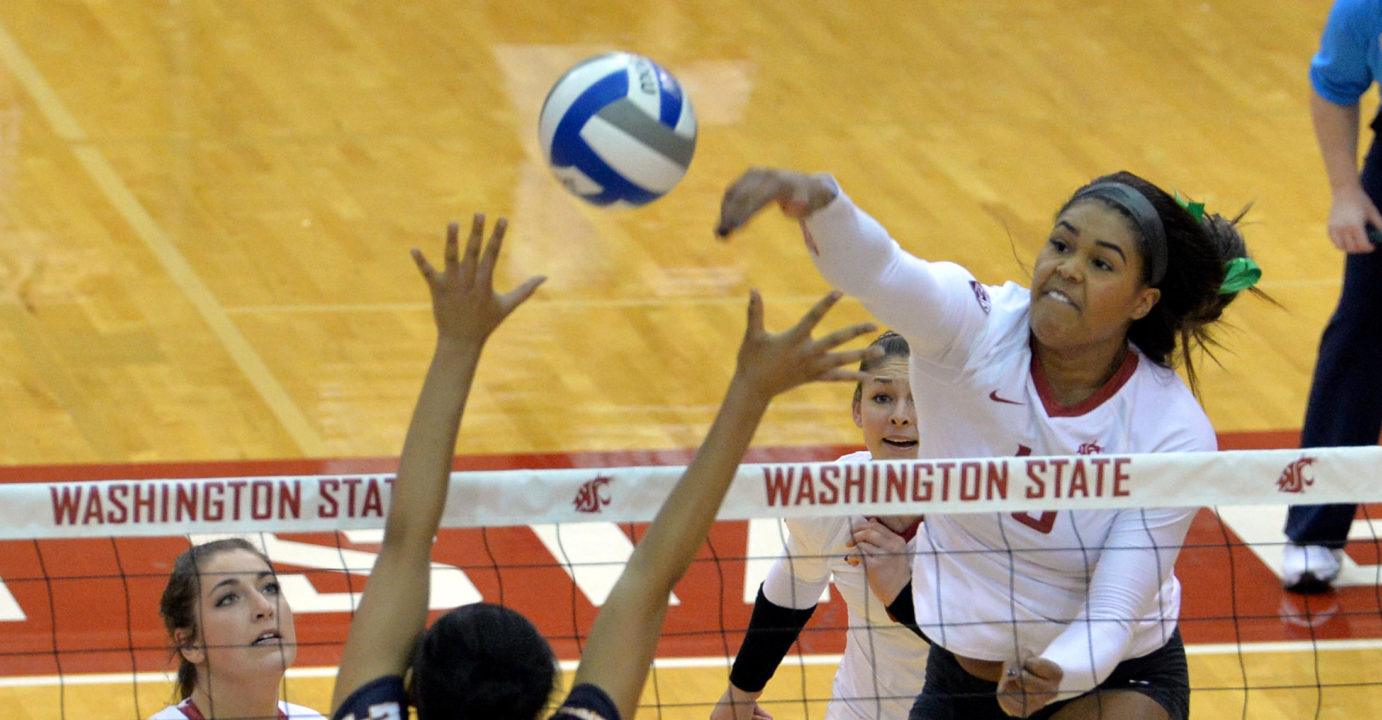 Washington State outside hitter Taylor Mims shares about her summer with the USA Collegiate National Team and how it changed her game as well as her WSU team's attitude through preseason workouts.  Archive Photo via Washington State Athletics

Washington State outside hitter Taylor Mims, a PrepVolleyball.com All-America honorable mention and All-Pac 12 Honorable Mention selection, shares about her summer with the USA Collegiate National Team and how it changed her game as well as her WSU team’s attitude through preseason workouts.

Washington State returns six starters, including Mims and honorable mention All-Pac 12 selection McKenna Woodford, from the 2016 team which went 22-12, finished fifth in the Pac-12 and went on to the NCAA Tournament second round. The roster also features six newcomers, including transfers Ashley Brown and Abby Phillips.

The team, under reigning Pac-12 Coach of the Year Jen Greeny, received votes in the Preseason AVCA Poll after finishing 24th in the final 2016 rankings. The Cougars will play 11 matches against ranked teams during Pac-12 play.

The Cougars kick off their 2017 slate in Washington D.C. against NCAA Tournament teams American and Howard.

Get Mims’ take on the summer, the preseason thus far and team leadership below.

I’m back for my junior year at Washington State and taking a minute to look back at the summer and forward to this season.

Earlier this summer I was thrilled to be a member of the U.S. Collegiate National Team-Europe and we won the 13th Annual Global Challenge tournament in Croatia! It was the second time the CNT-Europe team won the gold medal and the second time WSU players were on the team. Being able to play against foreign teams allowed me to look at volleyball in a different way; not just technique-wise but see a completely different style. I was able to learn some new maneuvers and a new style of volleyball that I was able to incorporate into my own game. I also learned from my teammates on the U.S. team. I think this will help me grow as a player and I can share that knowledge with my teammates as well.

Being able to play with players from around the country was an amazing opportunity. I was exposed to what other collegiate volleyball programs do and it opened a whole new realm of possibilities of things I could be working on. I realized how grateful I am for being at WSU and being able to work with our amazing coaching staff.

People can look forward to the Cougars being fighters this year. We have a sense of urgency and tenacity with a “never give up” attitude that everyone feels during practice. Even our freshmen have already stepped up from freshmen in the past. They have good heads on their shoulders and know what our program is about. The fact that they know that so early in the year will help us a lot in the long run, especially in the non-conference part of the season. Knowing what kind of weapons we have to utilize now is nice so we can fine tune them as the season moves along.

As for leaders on the team, senior Casey Schoenlein has always been a natural leader of the team. She has a good heart and her voice reaches out to a lot of people in a positive way. She’s really good at encouraging people so everyone listens to her.

Thanks for checking in with me and Go Cougs!
Taylor Mims