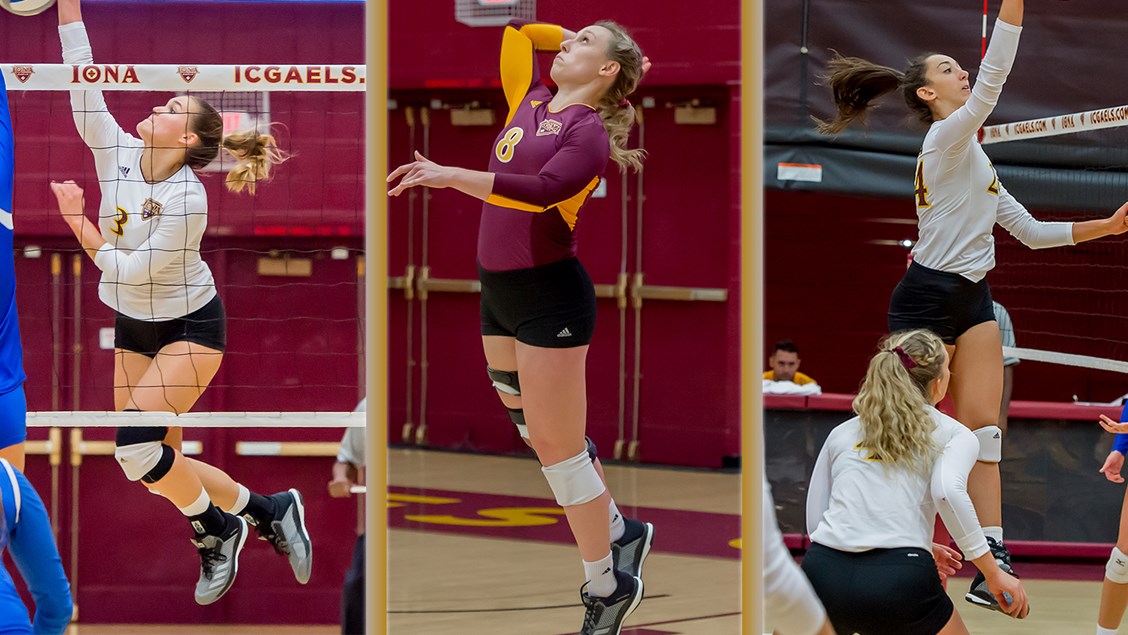 Archibald led the Gaels to a perfect weekend with a steady weekend of play. The senior averaged 4.25 kills, 2.75 digs and 4.75 points per set. Archibald had a team-best 18 kills in a four-set win against the Fairfield Stags and chipped in nine digs. Against Quinnipiac, the California native had 13 digs and a team-leading 16 kills, and 19.0 points.

Cassandra Patsos, Iona
Fr., Oakdale, NY/Connetquot
Patsos was stellar for the Gaels in a pair of MAAC wins against Fairfield and Quinnipiac. The first-year Gael had 12 kills in both matches, and had a .611 hitting percentage against the Stags. Patsos chipped in with seven blocks, five of which game against the Bobcats. She averaged 3.43 kills, 1.0 blocks and 4.43 points per set.