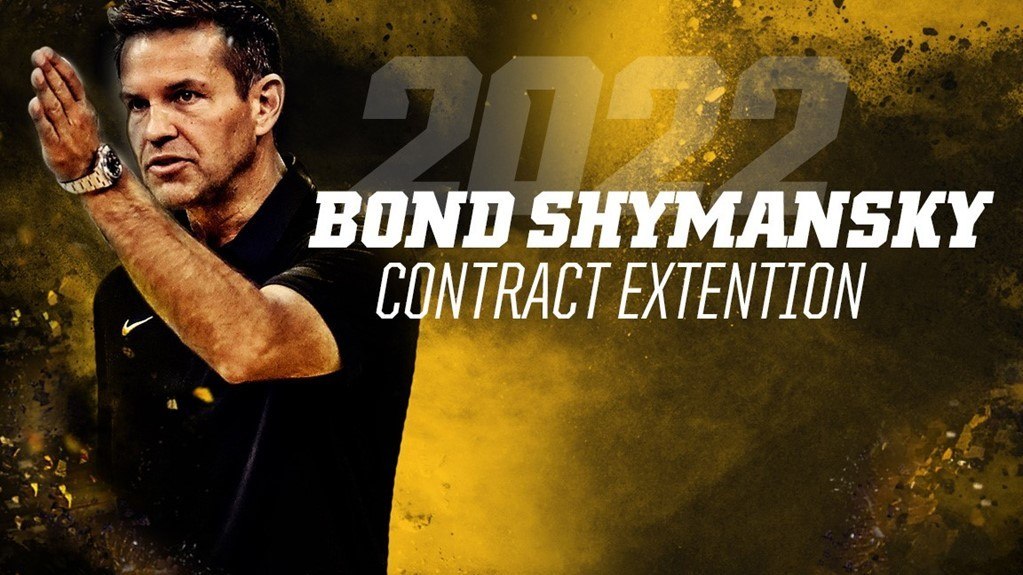 Shymansky led the Hawkeyes to a 19-13 record last year, which was their first winning season since 2000. Archive Photo via Iowa Athletics

The University of Iowa has announced that head coach Bond Shymansky has received a contract extension through the year 2022. Last week, Purdue coach Dave Shondell received a similar 6-year extension.

Shymansky’s extension comes off the school’s most successful season in more than 20 years. The team finished the year 19-13, which was their first winning season since 2000 and their highest win percentage since a 24-9 season in 1994.

“I grew up right here in Iowa City and always knew how to fight for Iowa,” Shymansky said. “Now I get to fight for Iowa every single day alongside great people.  I know that we have everything we need to be successful and we will continue our program mission of True Mental Toughness.  My coaching journey is not complete yet, but I sure hope to retire as a Hawkeye some day in the distant future.”

The value of Shymansky’s new contract was not made public, but in the first 3 years of his contract (July to July), he was payed $168,300; $183,300; and $187,883, respectively. That 2016 salary made him the 5th highest paid head coach at Iowa, behind football, men’s basketball, women’s basketball, and the head strength & conditioning coach.

Iowa’s record since Shymansky took over in 2014:

Only two coaches in Iowa history has had multiple winning seasons – Sandy Stewart, who coached the team to 5 between 1982 and 1988, and Ruth Nelson, who coached the team to winning records in both of her seasons as head coach in 1989 and 1990. Shymansky’s 2017 is on its way to achieving that with a 2-1 record so far. The wins came over Wright State and Long Beach State, while the loss was to Stanford – who returned almost everybody from their NCAA title winning team last season.

The team will host the Hawkeye Classic this weekend, where they’ll have both Friday and Saturday double headers, matching up against Nebraska-Omaha, Coastal Carolina (twice), and Indiana State.