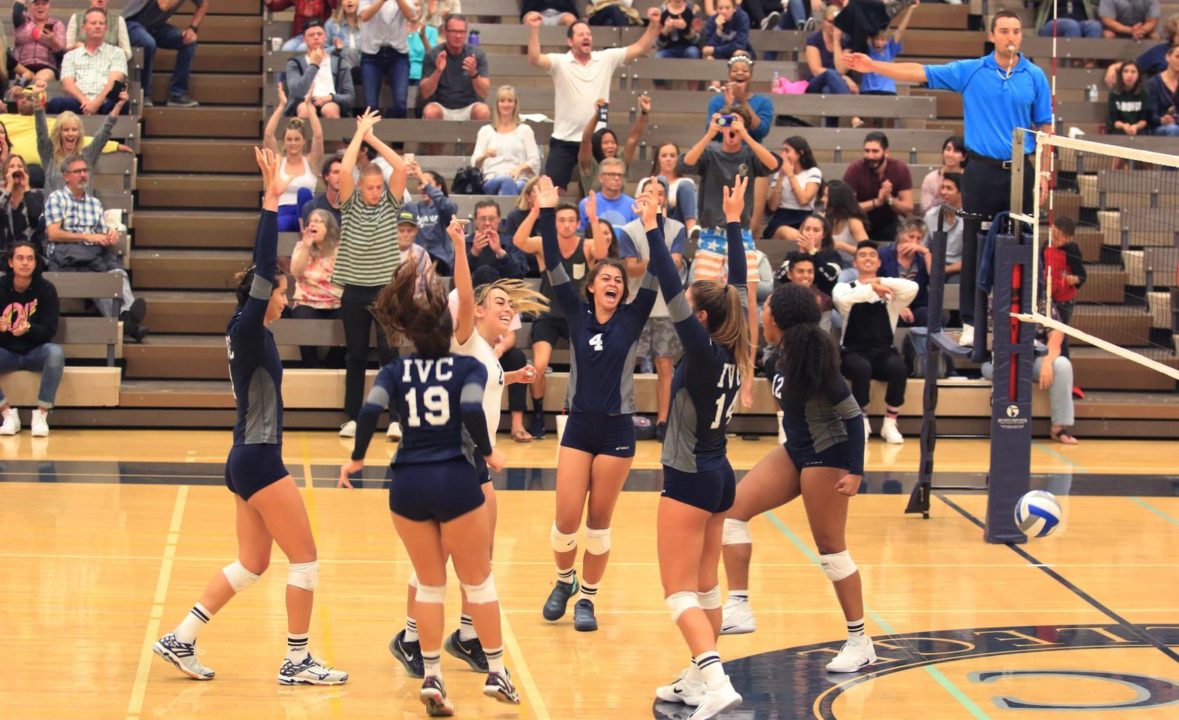 Olivia Aguilar fires 30 kills to lead the Lasers to state championship title.  Current Photo via On My Game Photography

The Irvine Valley College Lasers capped off an undefeated season (27-0) by defeating the San Joaquin Delta College Mustangs in four sets to win the California Community College Athletic Association Women’s Volleyball State Championship. Set Scores were 23-25, 25-16, 25-20, and 25-16. Olivia Aguilar was named tournament MVP after collecting 30 kills and 10 digs in the final. Fellow outside hitter Taira Ka’awaloa chipped in 15 kills while setter Megan Ramseyer posted a double-double with 49 assists and 12 digs. All three players made the All-Tournament team.

The loss ended a strong tournament for Delta who had previously defeated South #2 Mira Costa before taking out North #1 Cabrillo College in the semifinals. Amilya Thompson led the Mustangs with 19 kills and 10 digs while Mika Fithian posted a double-double with 38 assists and 16 digs. Delta finishes the year at 25-5.