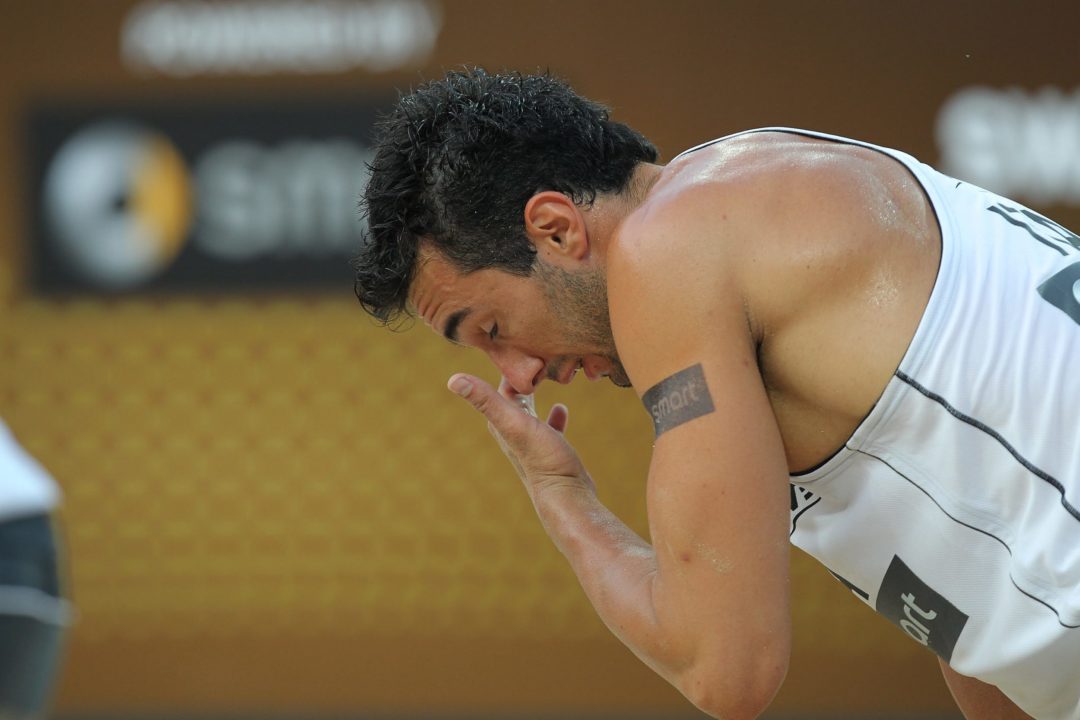 The test came at the Milan stop of the Italian Beach tour in the 3rd round, where Martino and partner Ingrosso Paolo eventually advanced to and lost the championship match. Martino is currently Italy’s 17th-ranked beach volleyball player domestically. That result was Martino’s best of the season so far, and the last tournament he played on the tour – though last Sunday he won a 3 + 3 Trofeo Mobili Marchelli tournament.

The 31-year old Martino has not played on the FIVB or CEV international tours since 2015, and his best finish was a 9th-place result at the 2011 World Championships in Rome. At the time, he was playing with Paolo Nicolai, who  has gone on to become one of the country’s most successful beach players, including 5 World Tour wins in his career.

According to NADO Italia, he tested positive for 4 banned substances:  Epitrenbolone, Norandrosterone, Noretoocolanolone and the presence of Testosterone. All of these are classified as Anabolic Andronenic Steroids by the World Anti-Doping Code, meaning that they are prohibited both in-and-out of competition, and carry a maximum first-offense suspension of 4 years.

He was the 2nd Italian volleyball player to have an announced failed test in a week, after indoor player Federico Nicolini.