Dalhausser Teaming Up with Lochhead at AVP Hermosa Beach 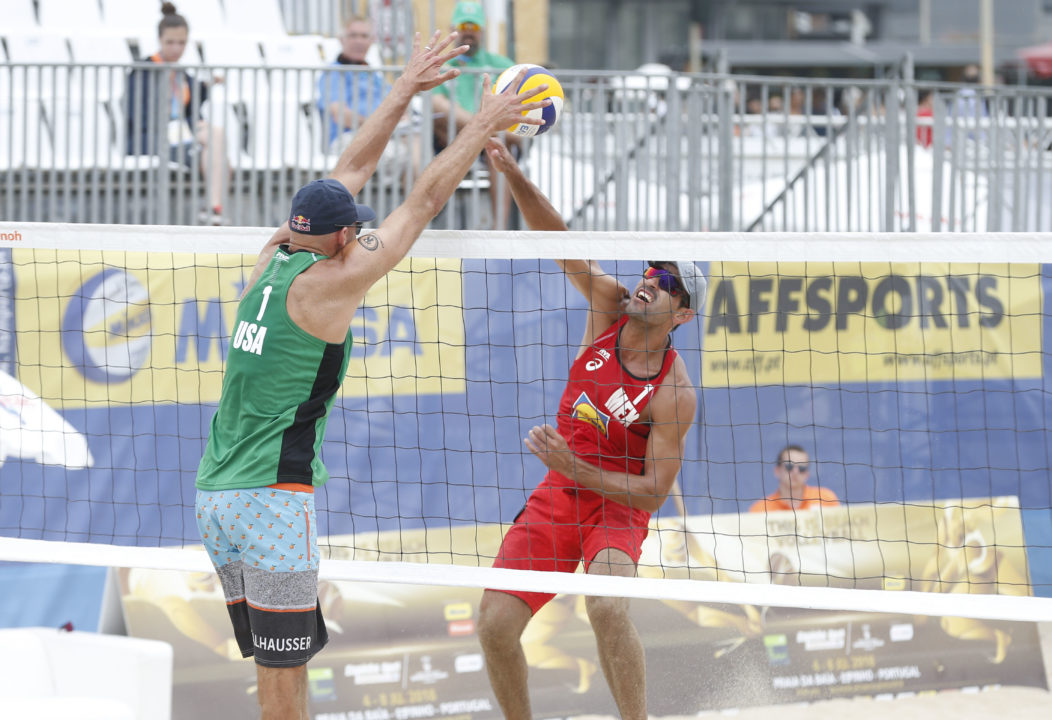 Jeremy Casebeer already announced that he will be partnering up with 2000 Olympian Eric Fonoimoana due to a minor injury to regular partner Reid Priddy.

A quick look at the AVP Hermosa Beach bracket shows that another tour mainstay, Phil Dalhausser, also will be utilizing an alternate partner this weekend. Dalhausser, who won the AVP Austin and New York titles with Nick Lucena earlier this season, is teaming up with coach Jason Lochhead in Hermosa Beach. According to USA Volleyball, Lucena is out with an injury.

Dalhausser and Lucena have not mentioned anything about the change on their social media feeds and are on the entry list as the No. 5 seed for the FIVB Vienna Major set to begin July 30 in Austria.

Lochhead has been Dalhausser/Lucena’s coach since March 2017 and is the AVP Academy’s Director of Coaching. The Zealand native competed on the FIVB World Tour for nine years and also competed in 12 AVP events, finishing as high as seventh (5 times). Prior to joining up with Dalhausser/Lucena, Lochhead coached Canadian men Chaim Schalk/Ben Saxton at the 2016 Olympics and was the women’s national team coach for the nation of Vanuatu.

Dalhausser/Lochhead are set to face winner of the match between Casebeer/Fonoimoana and qualifiers Michael Boag/Bobby Jacobs at noon PT.

Dalhausser has not faced Casebeer in an AVP match yet this season with the pairs often falling on opposite sides of the bracket.

When @NicklucenaFSU went down with a groin injury, Coach @LochheadJason decided to step in & switch roles with Nick- Jason playing with @PhilDalhausser & Nick coaching at the #AVP2018 Hermosa Beach Open. They are 1-1 on the day & will continue to battle tomorrow. #BeachMode pic.twitter.com/b4MXd1PxdR