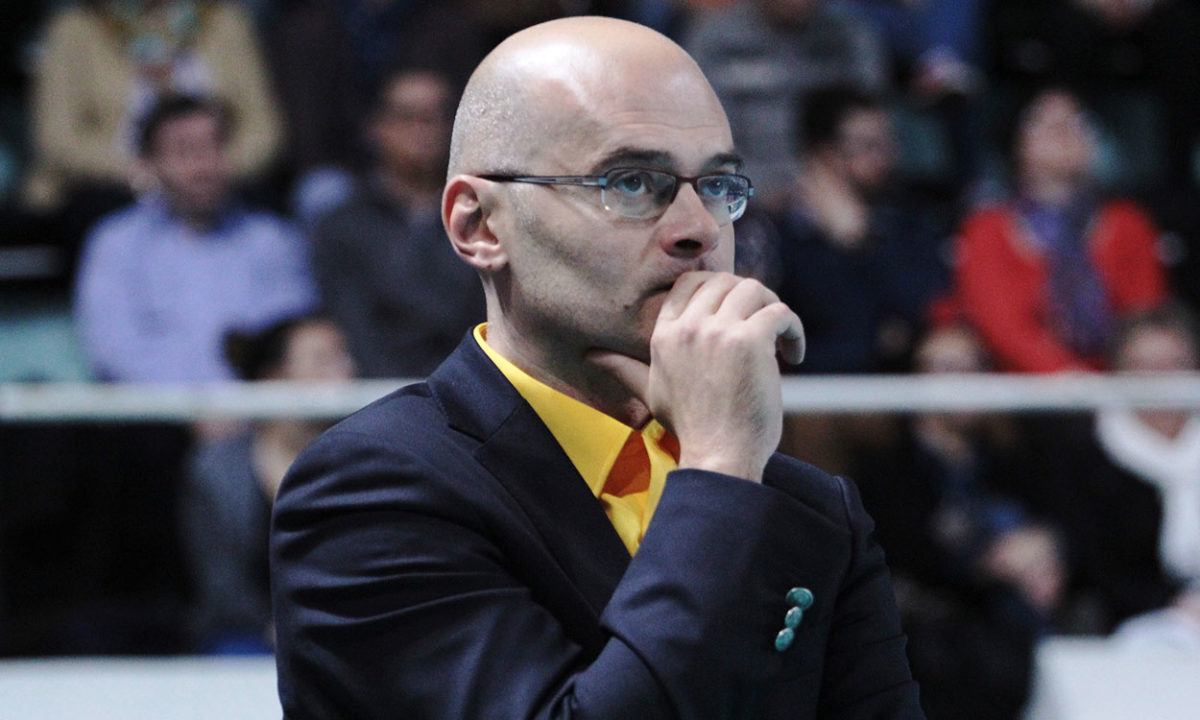 After wees of rumors, this week Italian men’s side Cucine Lube Civitanova has announced Giampolo Medei as their new head coach.... Archive Photo via Lube Volley

After wees of rumors, this week Italian men’s side Cucine Lube Civitanova has announced Giampolo Medei as their new head coach.

The 44-year old coach was hired away from French club Tours and represents a homecoming of many sorts for Medei. He returns to the Italian league after 5 years away and more specifically returns to the club where he coached the junior side from 1994-2001 – including a Junior League title in 2000; and then later served as an assistant coach for the first team from 2001-2006.

In his time since leaving Lube a decade ago, he won a title in Italy’s A2 league as the assistant coach at Sparkling Milano in 2007 and then in Serie A with Latina from 2009-2011.

He then became an assistant to Daniele Bagnoli from 2011-2012 at league powerhouse Modena before moving to France to again take over his own club. That first stop in France was with Narbonne for 2 years, followed by 2 years at Beauvais Oise and the last year in his biggest role yet: with Tours, as he led them to a 3rd-place finish in Ligue A.

Medei replaces Chicco Blengini, who is also the head coach of the Italian Men’s National Team that won a silver medal at last summer’s Olympic Games. Lube last year finished atop the regular season table with 68 points – 6 clear of runners-up Trentino and Perugia. They went on to sweep Trentino 3-0 in the SuperLega playoff.

“I was flattered that one of the world’s best club has contacted me,” Medei said after signing the contract that binds him to Cucine Lube Civitanova. “Of course I accepted with enthusiasm and pride the call of Lube, the company through which I started doing this work and when I took my first steps prior to coach the youth team and then as an assistant coach to the first team. Eleven years have passed and for me this is a kind of homecoming, but now I look now to the future, to the next season. They are conscious of working for an ambitious club but likewise I am convinced that in Civitanova there are all the elements to be able to continue a winning cycle. We’re already starting to work with the company to be able to improve a team that has already amply demonstrated its value in the season just ended will not be easy but I personally love challenges and this is very exciting. “