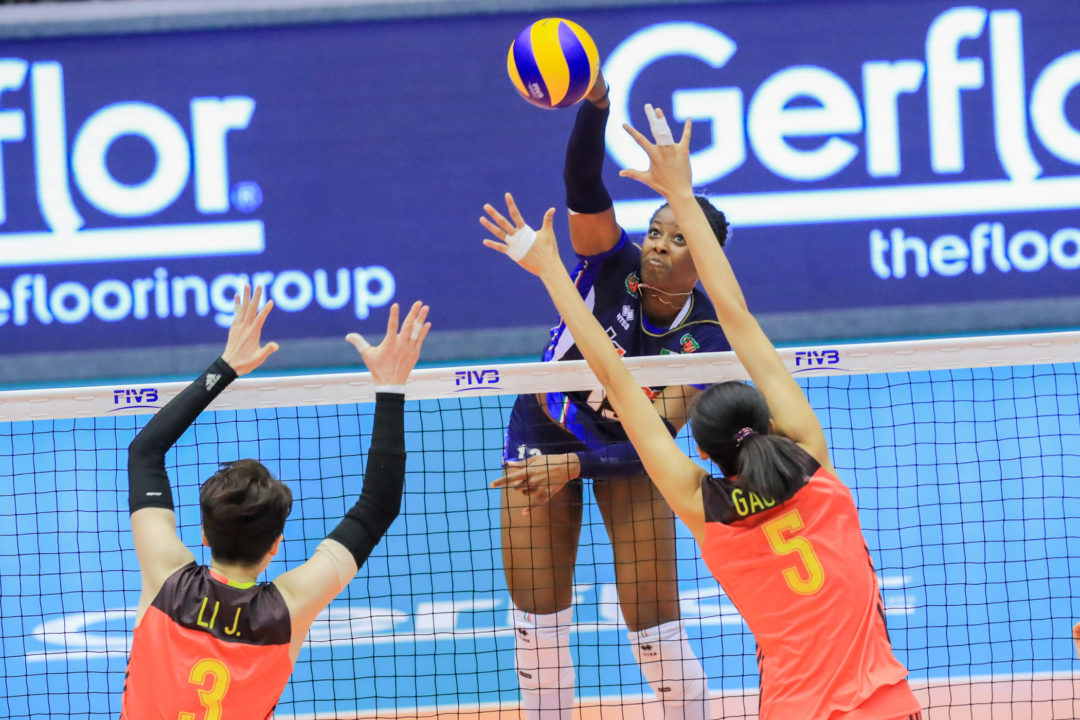 According to volleyball.it, Italian opposite hitter Miriam Sylla, who plays for Volley Bergamo of the Italian league at the club level, has tested positive to clenbuterol in an antidoping exam done by FIVB in the 2017 World Grand Prix Finals.

Bruno Cattaneo, president of Italy’s volleyball governing body, says that the result could’ve stemmed from food poisoning. Since Clembuterol is used to treat cattle, there has been some instances of contamination after eating red meat, although that is uncommon in the western world. That is the same excuse used in perhaps the most famous case of clembuterol doping up to date, Alberto Contador’s 2010 Tour de France title revocation. He was originally acquitted of the offense, but was later penalized and stripped of his title and endorsements.

The Italian federation will now wait for the results of testing on a B sample – done with the other half of the collected urine sample to ensure validity of the adverse analytical finding.

If Sylla is found guilty of a doping offense, she could individually be suspended for up to 4 years and stripped of individual awards and earnings from the period of the test; however, the ban of a single player would not disqualify the team’s results. Italy took silver at the final edition of the annual tournament that is being revamped and replaced in 2018.

Here is an updated list of all WADA banned substances.