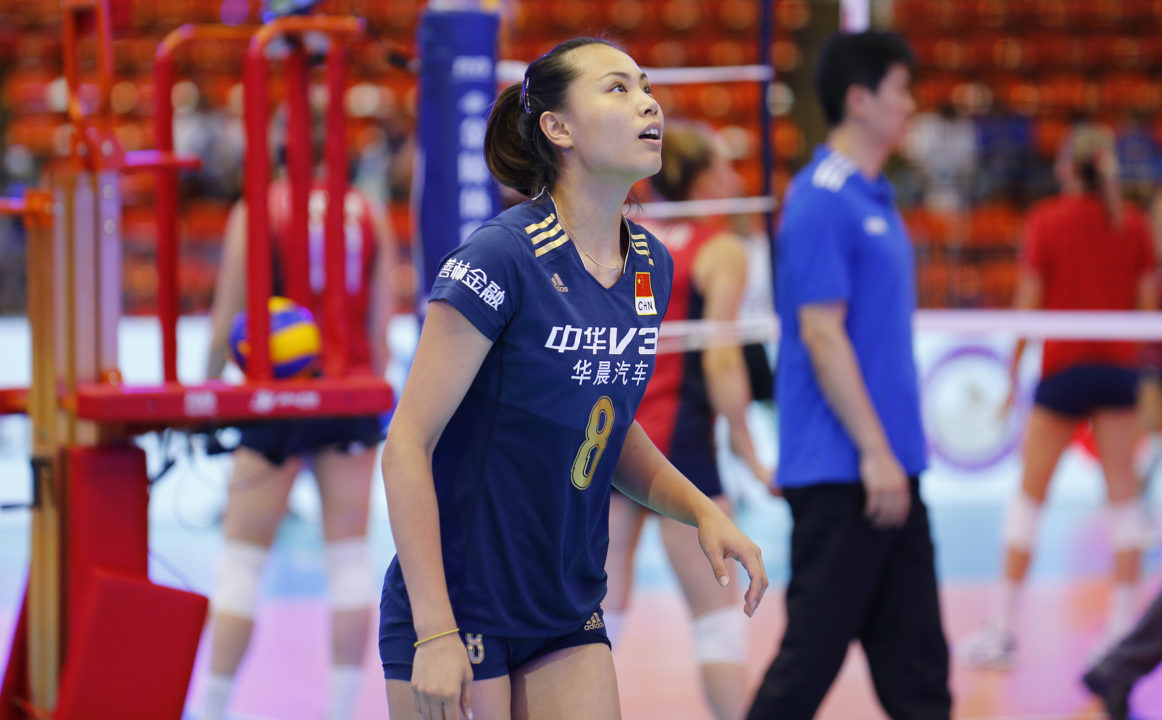 After 12 years of playing professionally in China, the Chinese star is ready for her first foreign experience. Stock Photo via FIVB

Pomì Casalmaggiore has further strengthened its roster, this time by signing Chinese player Zeng Chunlei, per the team’s official website.

Chunlei is a strong opposite hitter, who captained the Chinese team that won the 2015 FIVB Women’s World Cup in Japan. The 27 year old 6’1″ attacker has played her whole career in China in only two clubs, Beijing and Guangdong. Thus, this will be her fist foreign experience.

She participated in the 2012 Olympic games, and most people agree that her absence from the roster that won the gold medal in Rio was one of the sport’s biggest injustices. Regardless of what happened in the past, she is back in the team for the 2017 Women’s FIVB Grand Champions Cup, being played in Tokyo throughout all this week.

While it lost Lauren Gibbemeyer to Novara in the transfer market, Casalmaggiore has already signed Canadian star Sarah Pavan, Valentina Zago, and Giiulia Rondon to its roster for the 2017/2018 season, after finishing 2nd in the regular season of Serie A in 2017, falling to Gibbemeyer’s new team in the semi-finals of the playoffs 3 games to 1. International stars Brayelin Martínez and Zhang Changning are also rumored to be in negotiations with the Italian squad.