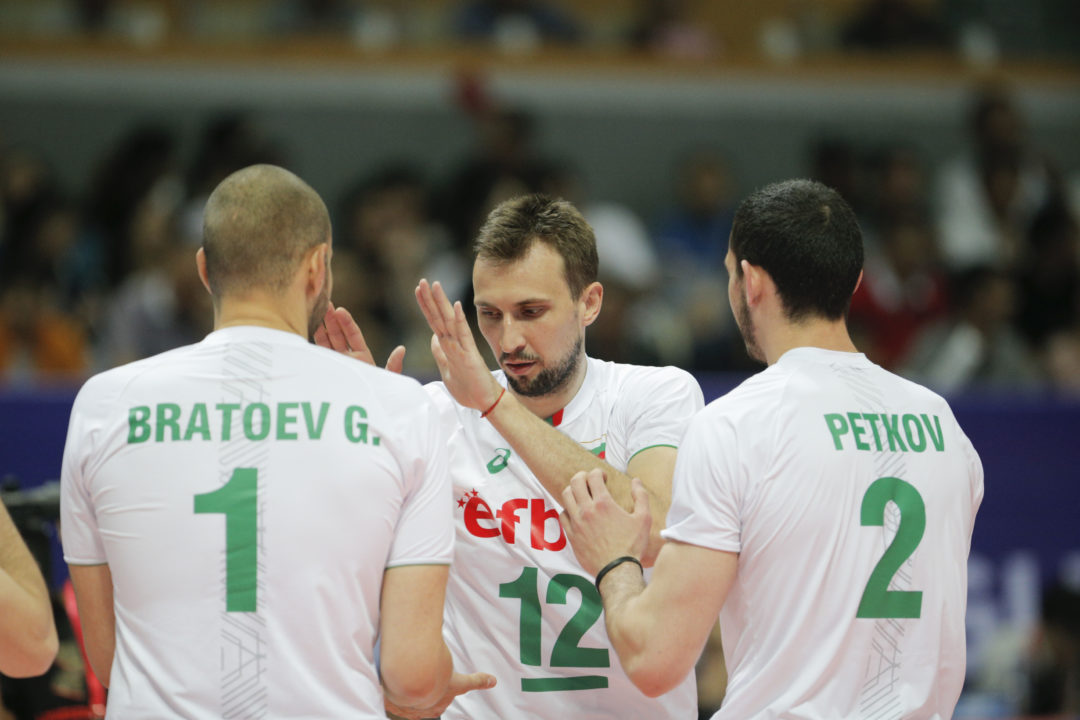 Viktor Yosifov, above, is the captain of the Bulgarian Men's National Team and led Serie A in blocks last season playing for Piacenza. Archive Photo via FIVB

Bulgarian National Team captain Viktor Yosifov is one of 3 announced new additions to Gi Groupa Monza in Italy’s SuperLeague side for 2018-2019 season, as new head coach Fabio Soli remakes the team for his first season in charge.

The 32-year old Yosifov, a middle blocker, spent the last two seasons with LPR Piacenza, who finished 7th in last year’s SuperLeague: 3 spots better than the 9-17 Monza. He was the 2nd-best scoring middle blocker in the league last season with 224 points in 26 matches, and led all players in blocks with 69.

“I’m really happy to stay in Italy and play next season in Monza,” Yosifov said. “When the sports director Claudio Bonati contacted me I did not think twice about accepting, because I know the seriousness of the organization and above all, the ambitions it has. It will be a very intense season, especially difficult, with the reintroduction of relegation that will make the championship very balanced. We will also have the European commitment, very tiring but also extremely stimulating. Meeting Soli, I had already met when I was in Modena since it was our second, a technician who has enthusiasm and professionalism. I am ready to give my contribution to the cause and get rid of the satisfaction with this shirt “.

Yosifov, a 6’8″ (2.04m) veteran who has been on Bulgaria’s National Team for a decade, has 57 points, including 20 blocks, through 9 games (he’s played in 8) of this year’s Volleyball Nations League. That ranks him 2nd among all players in blocks.

Also joining the team is Andrea Galliani, who rejoins the team after a year spent with Spoleto in A2. He has spent 3 prior years with the team, including in the 2016-2017 season where he joined the team for their first-ever appearance in the league’s play-offs.

He completes the team’s outside hitter corps, along with 20-year old Donovan Dzavoronok, Iacopo Botto, and 21-year old Oleh Plotnytskyi – the latter of whom has bigleaping abilities and is transitioning from a career as a setter and youth beach star to an indoor outside hitter. Botto recently signed a one-year contract extension, and Plotnytskyi has re-signed for 2 years.

The team has also added libero Marco Rizzo from Consorzio Vero Volley, and Austrian opposite Paul Buchegger. Buchegger was the biggest surprise of Serie A last season, ranking 2nd in the league in scoring with 458 points in just 94 sets (4.87 points/set), while hitting 46.2% and adding 49 aces.

While the additions aren’t as flashy as some of the team’s A1 competitors, the team now has last year’s blocks leader and last year’s 2nd-leading scorer from the opposite position.