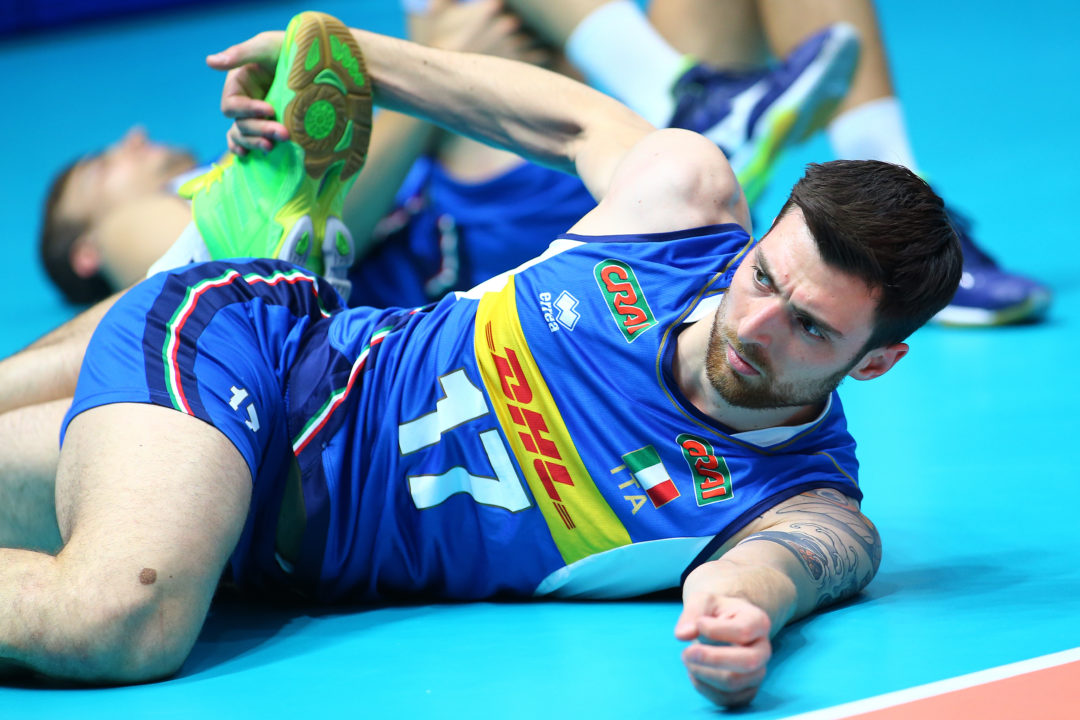 Simone Anzani (above) and Italy will play a pair of friendlies against world #25 the Netherlands in early August. Archive Photo via FIVB

Italy has announced a pair of friendlies that will take place on August 3rd and 4th against the Netherlands in Cavalese, Italy. The matches are part of Italy’s pre-World-Championship training camp that began last Monday, the official ending of the National Team rest period.

The matches will pit Italy, the 4th-ranked team in the world, against the Dutch men, who rank just 25th in the world after missing qualifying for three straight tournaments at the 2014 World Championships, the 2015 World Cup, and the 2016 Olympic Games; and losing all 3 of their matches at last year’s European Championships.

Still, the Dutch have qualified for this year’s World Championships, meaning that the Italians will at least get an opponent that is undertaking similar preparations as them. The World Championships run from September 9th to 30th, and are being co-hosted by Italy and Bulgaria.

Italy began their 2nd week of training today in Cavalese. This block will end on Saturday, July 28th, before likely being recalled in the days leading up to the friendlies.

After a partial cast took on the first week of training, today the group was joined by many of the national stars, including Ivan Zaytsev, Osmany Juantorena, and Simone Anzani that now make a camp of 17 players.

The group includes effectively all of Italy’s ‘A’ team roster, with starting setter Simone Giannelli and starting middle blocker Daniele Mazzone among those who have participated in both weeks of the camp so far. Italy’s “B” team just completed a pair of 3-2 sweeps of Switzerland in Piancogno.

Italy will have their sights for the World Championship set higher as co-hosts than their 8th-place finish in the Nations League tournament, which wasn’t enough to advance them to the Final 6 rounds.