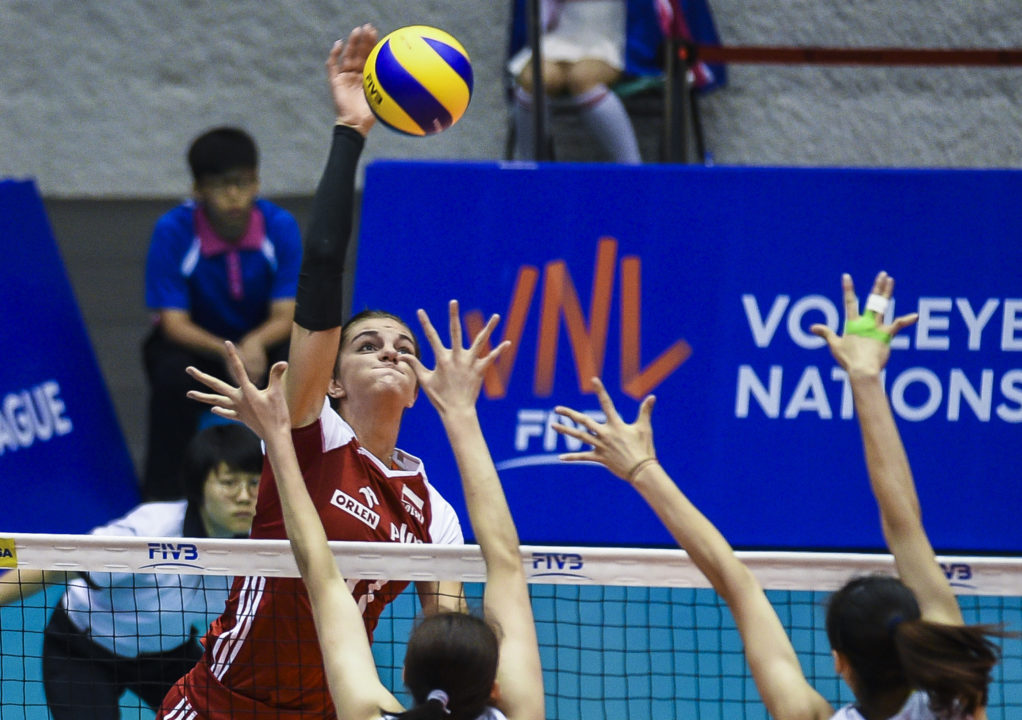 Malwina turned heads in this year's VNL. She led the competition in scoring with 361 points (6.2/set), 111 points more second place Brayelin Martinez, while hitting 44%, third best in the competition Current Photo via FIVB

Italy’s Volley Bergamo has announced in its official website the signing of Polish standout Malwina Smarzek to a contract. The 22-year 6’3″ old opposite is transferring out of Poland’s Chemik Police and is set to undergo her first professional season outside of her home-country.

Malwina turned heads in this year’s VNL. She led the competition in scoring with 361 points (6.2/set), 111 points more second place Brayelin Martinez, while hitting 44%, third best in the competition. She also ranked 5th in blocks with 0.72 stuffs/set. When all was set and done, it’s no wonder the transfer market turned into a “Malwina Sweepstakes.”

Here are her first words as a Bergamo player:

“I have been following the Italian Championship for some years and I have seen that every game is of high level. I got excited a year ago when I played in the Champions League against two really strong Italian teams. For this reason, when my agent told me about the offer from Bergamo, it did not take me more than five minutes to make a decision. I have always heard very nice things about this historic club from those who played in it or met it as an opponent: it has a long and beautiful tradition, an important story. For me, this will be my first adventure away from Poland, and it will be an honor to start my own experience here, in a team that has won so much.”

Malwina is coming out of Poland a back-to-back domestic champion, having also won the Finals MVP award last season. At Bergamo, she’ll find a team that fielded a respectable roster last season, but greatly underachieved, finishing its 2017/18 campaign with a 7-15 record, good enough for 10th place and just a spot out of the relegation zone.