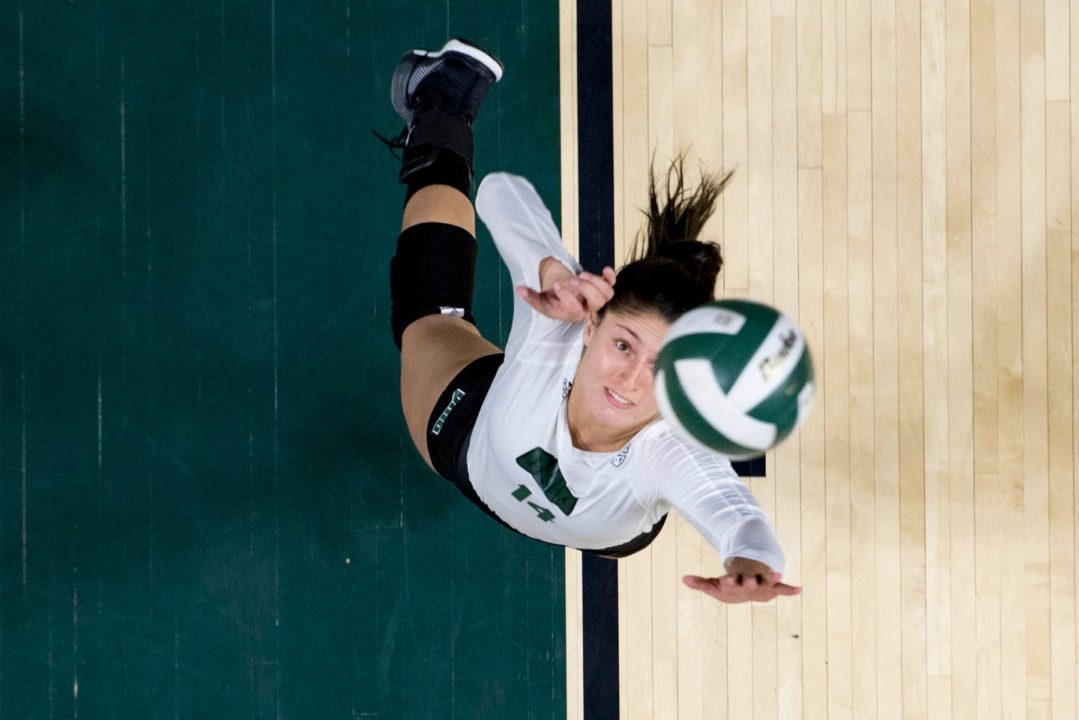 As part of Friday’s 3-0 sweep of Mid-American foe Western Michigan, Ohio Bobcats senior outside hitter Jaime Kosiorek had a big match that included 13 kills on 21 swings (.619) and a match-high 13 digs.

But the biggest stat for the Chagrin Falls native was her 3 aces, which lifted her to 163 in her 3+ years at Ohio: breaking the school’s rally-scoring era record.

The previous program high was 162 done by Stephanie Blackburn from 2004-2007. With 1 more in a 3-2 loss to Northern Illinois on Saturday, Kosiorek has 164 in her career. With just 6 regular-season matches remaining, plus the MAC tournament, Kosiorek would need to drastically increase her pace to crack the MAC conference all-time top 10, which currently requires a minimum of 192 aces to join. Kosiorek is averaging half-an-ace per set this season.

2018 is actually the redshirt senior’s 5th year of eligibility. After suffering a season-ending leg injury against Dayton in just the 4th match of the season in 2017, she was granted a medical redshirt by the NCAA, allowing her to play again this year. She’s returned even stronger this year from the service stripe, and is on-pace to crush her career-high in aces. She has 44 already this year, with her best season being the 46 aces she had as a freshman. While her offensive game isn’t as good as it was in her last full season in 2016, her defense (2.24 digs/set) has shown marked improvements.