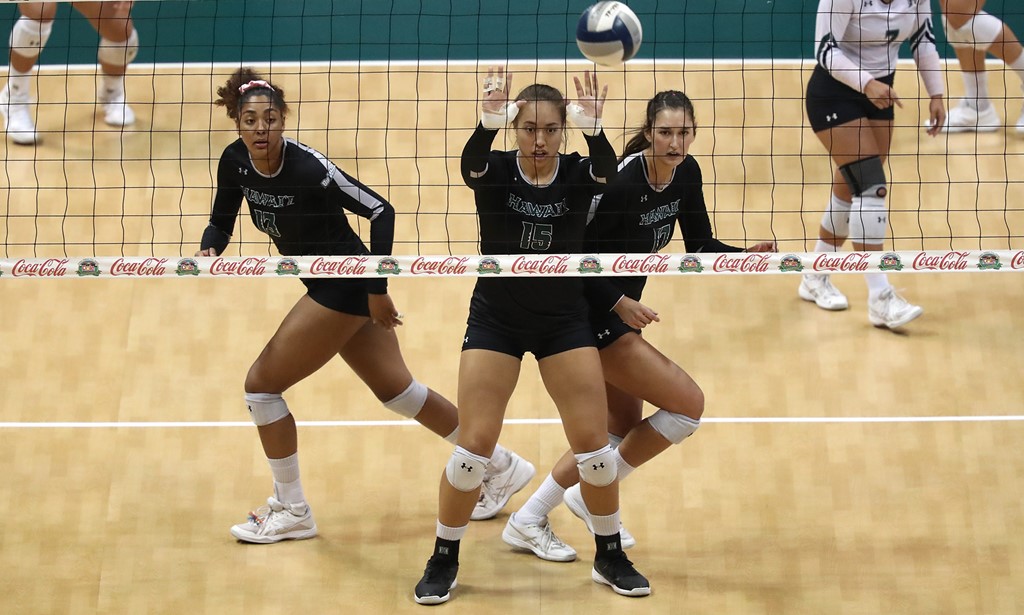 Hawaii mauled Cal State Fullerton 3-0 on Saturday in the only Big West matchup of the day. The Rainbow Wahine, who have picked up steam after a 4-5 non-conference record in Robyn Ah Mow-Santos’ 2nd season as head coach, will now set up for a rematch against #13 Cal Poly on Friday – the only Big West team to beat Hawaii this season. Hawaii probably needs to win that match to have a shot at the conference title.

That’s not a typo: in the 1st set, of the match, Hawaii held Cal State Fullerton to just 3 points, on -.154 hitting, before rolling to a 3-set sweep on the strength of a number of substitutes.

Hawaii only allowed their opponents to hit -.011 in the match, with most of Fullerton’s offensive success coming in the 3rd set against Hawaii rookies and reserves who don’t normally get much playing time.

Hawaii ranks 4th in the Big West this season allowing their opponents to hit .196, though that has improved to just .149 in conference matches. They’ll need all of the defense they can muster against Cal Poly, who rank 8th in the nation hitting .288 this season. The Mustangs have been even better in conference play, hitting .329 against Big West opponents, though Hawaii held them to .257, their lowest output in a Big West game, in their prior match.

In a game full of highlights for Hawaii, one that stood out was freshman outside hitter Trinity Castaneda, who had back-to-back kills in the 2nd set: the first of her Hawaii career. She ended the match with 2 kills and 2 errors on 9 swings. 14 of the 15 players on Hawaii’s roster saw action in the win.

In spite of the defensive dominance, Hawaii actually only had 2 team blocks (versus 4 for Fullerton). The Wahine did have a massive 14-dig advantage though (50-36) over their opponents.

The brights pot for Fullerton was Jayla Norman, who had half of the team’s kills (8) on just 17 swings, at .353 efficiency.