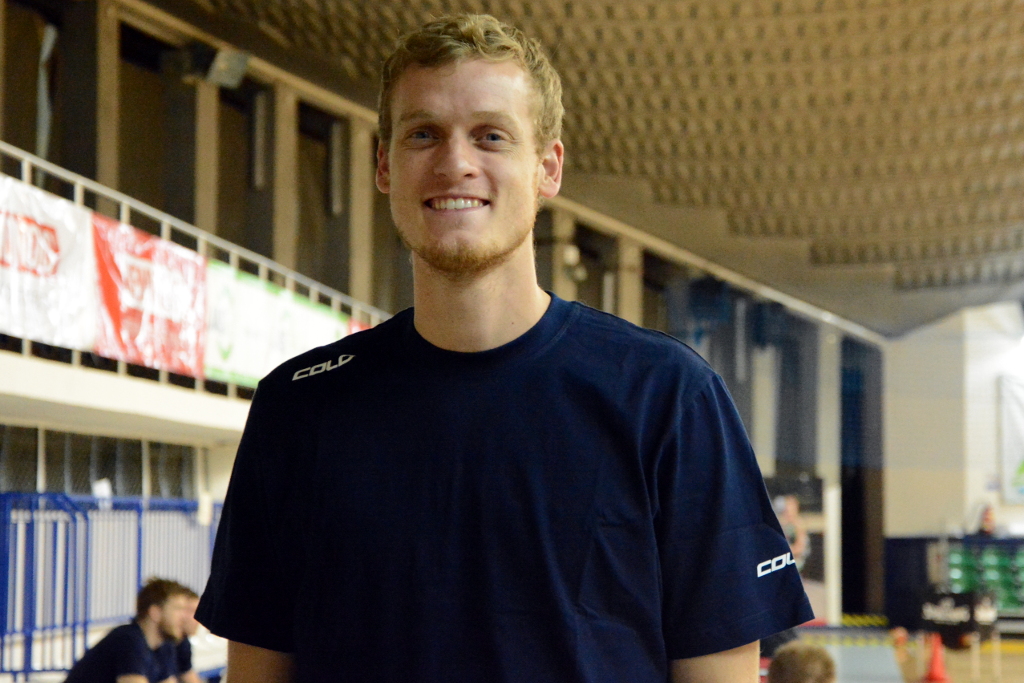 At Bedzin, Langlois will join a team that finished its last season in 13th place, beating Łuczniczka Bydgoszcz 2-0 in a best-of-3 playoff series for the right to remain in the PlusLiga. Current Photo via Mksbedzin.pl

Jake Langlois wastes no time. Right after his participation with Team USA at this year’s WCH, backing up Taylor Sander and Aaron Russel at the OH spot, he made his move to Bedzin in Poland, where he’ll be playing in what will be his sophomore professional campaign after transferring out of Italy’s Monza. The 26-year-old BYU graduate, who stands at 6’9″, will be only the third American player (and one of the tallest all-time) to ever wear the colors of MKS, the others being Jonah Seif and Kyle Russel.

Langlois talked to the MKS media team about his recent experience with Team USA and hopes for the season:

“It was a very demanding tournament. We had a great chance to advance to the final, which unfortunately we did not use. We ran 2: 1 in sets, but we lost. However, It’s a good thing that we contended in the match for third place and we won bronze.

I played in Poland during last year’s edition of the World League, and at that time the atmosphere in the hall made a great impression on me. I am glad that I am again in a country where people love volleyball so much. I hope that I will use my physical tools to give my team as much as possible during the season. I have already met all the guys from the squad, they are nice, open and helpful.”

Langlois spent his first professional season in the Italian SuperLega with Vero Volley Monza. He played in in 19 matches and 31 sets as a rookie and scored 26 points on the season and had an attack percentage of 53.3%. His points came on 24 kills, 1 ace, and 1 block. Monza finished the regular reason in 10th place, but made a run through the 5th place playoffs to secure a place in the CEV Challenge Cup next year.