Jake Langlois Signs With MKS Będzin in the Polish PlusLiga 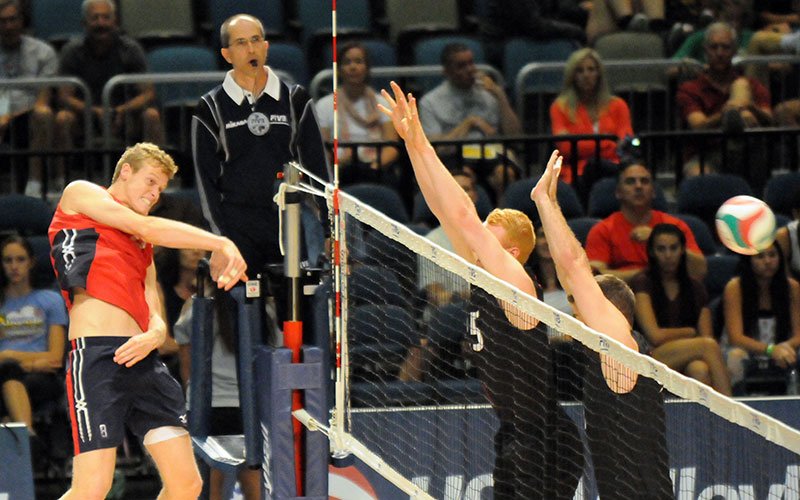 Jake Langlois will be playing in Poland for MKS Będzin. The 6'10" (208 cm) outside hitter spent his rookie season in Italy with Vero Volley Monza.  Current Photo via USA Volleyball

In just two years as a professional volleyball player, Jake Langlois, will have played in two of the biggest volleyball leagues in the world. The 6’10” (208 cm) outside hitter will be playing for MKS Będzin next season in the PlusLiga.

Langlois spent his first professional season in the Italian SuperLega wth Vero Volley Monza. He played in in 19 matches and 31 sets as a rookie and scored 26 points on the season and had an attack percentage of 53.3%. His points came on 24 kills, 1 ace, and 1 block. Monza finished the regular reason in 10th place, but made a run through the 5th place playoffs to secure a place in the CEV Challenge Cup next year.

Langlois heads to a team which finished 13th in the regular season. They defeated Łuczniczka Bydgoszcz 2-0 in a best-of-3 playoff series for the right to remain in the PlusLiga. Since the end of the season they decided not to renew the contracts of Jonah Seif, Waliński, Zlatan Jordanow, and Jan Klobucar. Seif and Langlois are both playing with the US National Team in the Volleyball Nations League this summer.

While he did not travel with the team during the first weekend of play in China, Langlois did play a large part in USA’s 3-0 win over Korea on June 2, 2018. He led all scorers with 15 points on 14 kills and a block. Langlois was very efficient in attack, posting a 73.7% hitting average.