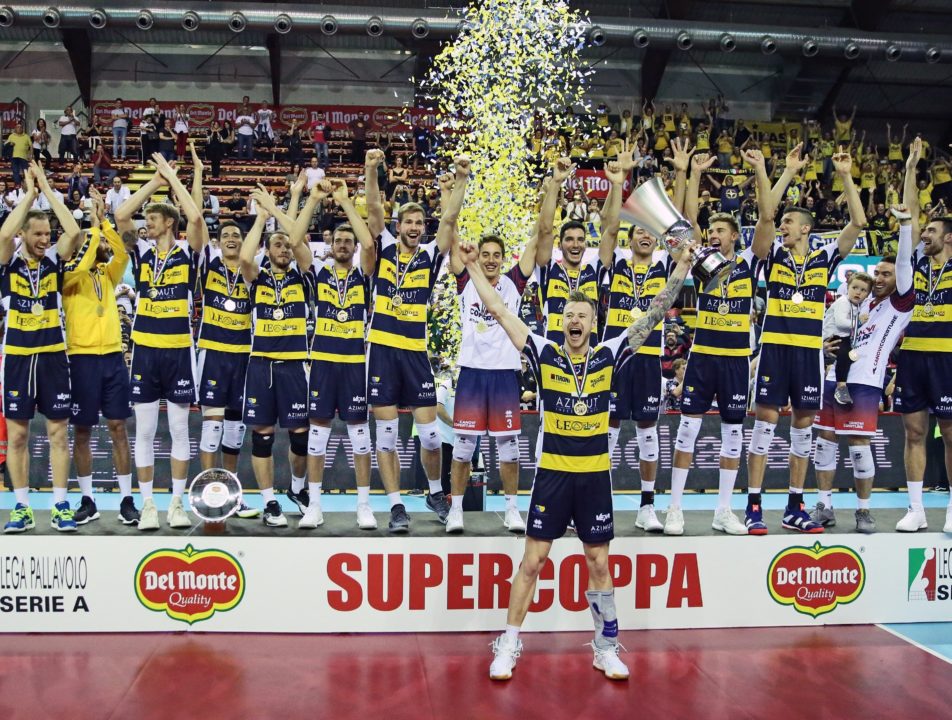 The 2018-2019 SuperLega men’s volleyball season has begun in Italy, and the fan base voted as the best in the... Current

The 2018-2019 SuperLega men’s volleyball season has begun in Italy, and the fan base voted as the best in the league in Modena, Italy have responded with more than 3,500 season-ticket subscribers. That means that more than 70% of the seats in the 4,968-seat PalaPanini will be ascribed to season ticket holders for every match, leaving a limited supply to the public.

Tickets range in price from 14 Euros for upper deck seats to 110 Euros for courtside seating, with most tiers increasing in price for key matches against Strentino, Civitanova, Perugia, and playoff semi-finals and finals. That means that with sell-out crowds, the gate receipts are north of 125,000 Euros ($142,000) per match

Modena is the most successful club in Italian top-tier history, having won 12 Italian Championships, 12 Italian Cups, and 4 European Champions League titles. This year brings a new level of excitement thanks to the addition of new players to the squad. While French superstar Earvin Ngapeth has departed for Russia, the team replaced him with Ivan Zaytsev, a domestic player and arguably the most popular volleyballer in the country. They’ve also brought American starting setter Micah Christenson to feed him the ball.

The Zaytsev era began with a win in the Italian SuperCup, the 4th-such title in club history. Modena is 2-0 so far this season and rank 4th in the league table with 5 points. The team has a relatively-easy schedule early in their first trip through the round robin schedule. Things stiffen up as the holiday season approaches though: they face the defending Italian Champions (and Zaytsev’s old team) Perugia on November 11th.

Modena has played in the top tier of Italian volleyball since 1968.