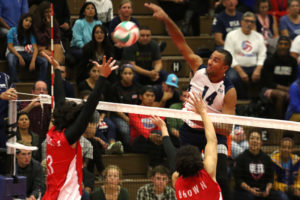 Sander and Patch in the Starting Lineup for the United States

Ben Patch got the start at opposite for the Unite States in their VNL Final Six opening match against Poland. Matt Anderson and Taylor Sander started at outside hitter.

China and the United States will battle for a spot in the finals against either Brazil or Turkey at the 2018 Volleyball Nations League.

Brazil and China both moved on the 2018 FIVB Women’s Volleyball Nations League semifinals along with the United States and Turkey.

The U.S. Women’s National Team swept Serbia to move on to the semifinals with Turkey, Brazil & China in the 2018 Volleyball Nations League.

With their backs against the wall, Turkey downed Serbia in five sets to stay alive as we move closer to the semifinals at the VNL.