Jersey Fashion: Olympikus thanks Bernardinho with a special gift 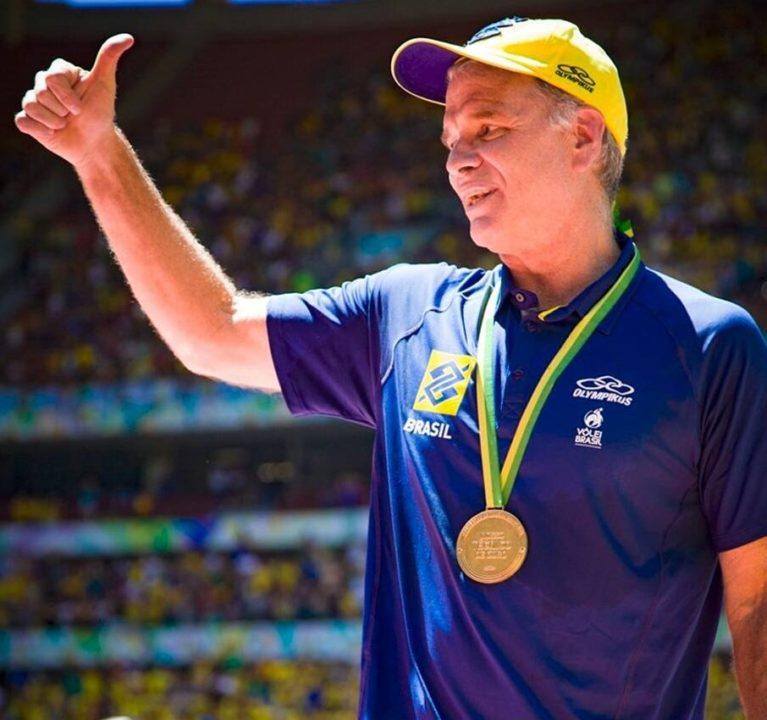 After Bernardinho announced that he was retiring from coaching the Brazilian men’s national team after 23 years, it was not... Current Photo via Olympikus Instagram

After Bernardinho announced that he was retiring from coaching the Brazilian men’s national team after 23 years, it was not a surprise for one of the greatest coaches in volleyball history.

Olympikus who had been a part of many of the Brazilian national team during his coaching tenure wanted to give Bernardinho a special gift. Olympikus pondered the question, “What do you give to those who have won everything?”

Updated: the video is now also available in English:

Olympikus came up with the answer. “The most victorious jersey of all time.” Olympikus stylist Renan Serrano, took used jerseys from Brazil’s biggest victories and cut them into smaller pieces and then transformed them into a new jersey. This new jersey would be the only one in world.

With 19 world titles, 2 Olympics Golds, 3 Pan American Golds and 8 South American Golds. Exactly like Bernardinho. An homage from Olympikus to Bernardinho, who created the greatest legacy in the history of Brazilian volleyball.

Thanks Rodrigo for passing that along!