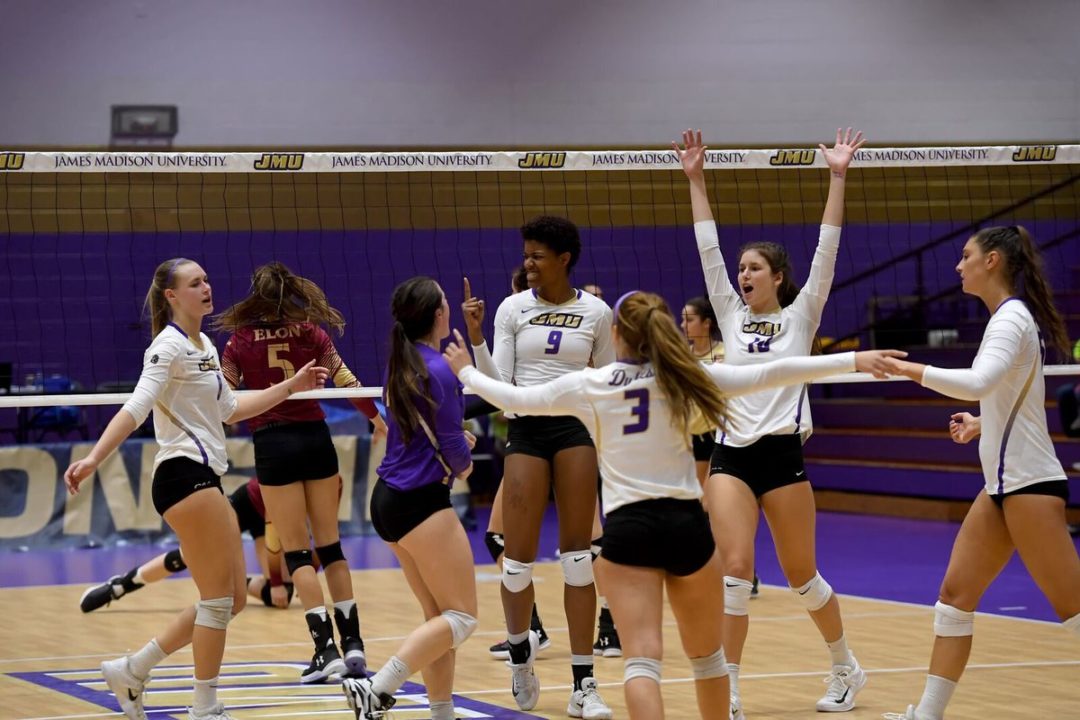 Opening day of the Colonial Athletic Association Championship did not disappoint as the quarterfinals played out in Harrisonburg, Virginia.

In the first quarterfinal match, No. 3 seed James Madison held on for a five-set win over Elon. In the second, it was Hofstra edging out Northeastern in five after rallying from down 0-2.

It Was Over When: The Dukes scored nine of the last 12 points in the victory, after breaking a 6-all tie in the final set. Recker turned in out down the final stretch with three kills and a block, while Gill chipped in two kills, including the final point.

Next Up: JMU advances to the semifinals to play No. 2 seed Towson at 4:05 p.m. Friday

Key Stats: The teams combined for 31 blocks in the match, with Hofstra boasting a 16-15 edge. Northeastern outhit Hofstra .184 to .152 and notched seven more kills (63-56), but fell victim to six Hofstra aces, while managing just one.

Sophomore middle Amy Underdown pounded down a match-high 25 kills and added 17 digs and four blocks, but it was not enough to lift the Huskies to victory. Senior outside Brigitte Burcescu (12) and freshman middle Gabrielle Tschannen (10) followed offensively. Tschannen hit at a team-best .450 clip and notched nine stuffs. Junior libero Gabrielle Eyl pulled up a match-high 23 digs.

It Was Over When: A service error and a Masciullo kill gave Hofstra the win on its seventh match-point try. The Pride had the first shot at the match at 14-12 after a Husky hitting error. A service error and hitting error tied the score at 14. Hofstra had two more tries, before Northeastern earned its first at 17-16 and another at 18-17. The Pride closed out the match with four of the final five points.

Next up: Hofstra moves on to the semifinals to face No. 1 seeded College of Charleston at 7:05 p.m. ET Friday.

Hey @ncaavolleyball check out this winning point in a comeback 5-set victory for @hofstravb#CAAChamps pic.twitter.com/B8mK46OUy3