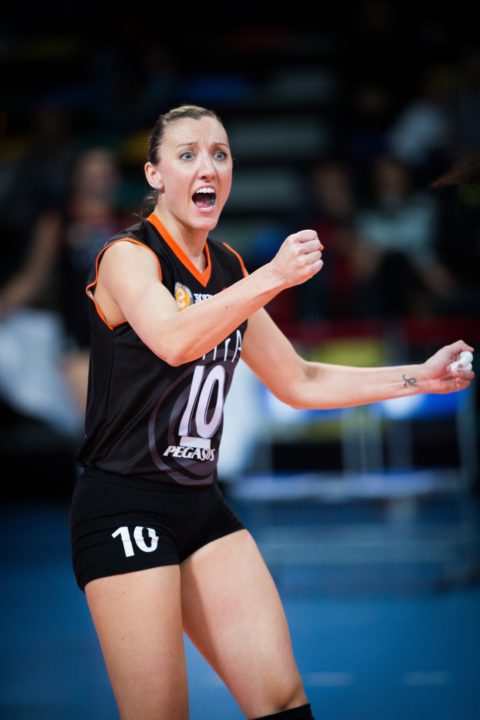 Jordan Larson has resigned with her Turkish team, Eczasibasi, for the upcoming season.  Current Photo via Eczasibasi Vitra Istanbul

Superstar outside hitter, Jordan Larson, has re-signed with Eczasibasi Vitra Istanbul for the upcoming season. This year will mark her fifth consecutive season with the Turkish team. Last season, Eczasibasi finished second in the Turkish National League and Turkish Cup.

A standout for the Nebraska Cornhuskers, she was named first team All American multiple times and Big 12 Freshman of the Year as well as leading her team to a national championship in 2006.

Larson has been equally as successful with the USA national team, winning the 2014 World Championship, 2012 Olympic Silver Medal and 2016 Olympic Bronze Medal. She is currently competing as the captain for the USA team in the Volleyball Nations League.