Juantorena Scores 16 as Italy Rushes Past China in Friendly 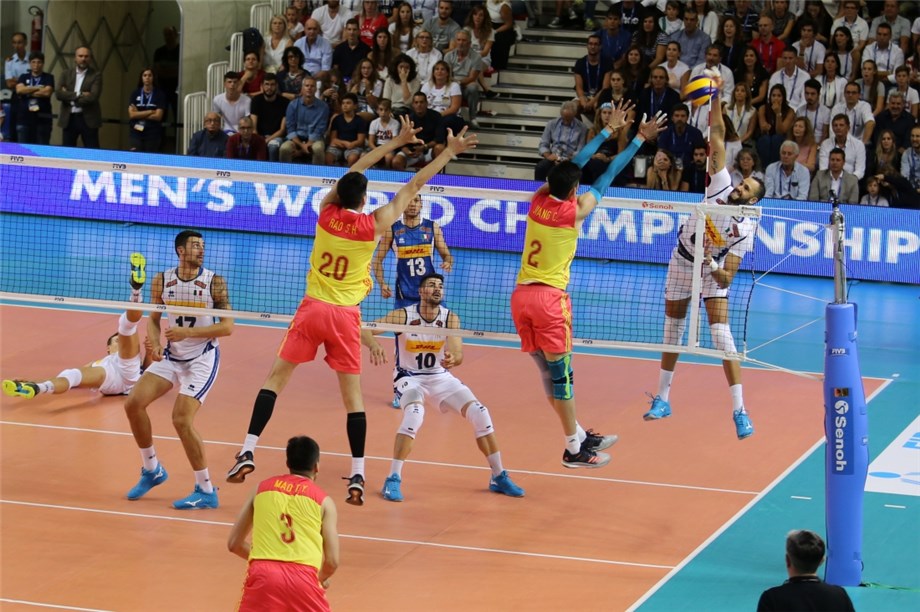 In Italy's first match in a while, they started off rocky, but ultimately swept China. Current Photo via FederVolley

In their penultimate tuneup before beginning play play at the 2018 FIVB Men’s Volleyball World Championship (which starts on Sunday), the Italian men beat China 3-0 (25-20, 25-17, 25-17) on Sunday in Padua. If the crowd was any indication of what’s to come for the World Championships, which is being co-hosted by Bulgaria and Italy, then expect big turnouts next week: the 4,000 seat Kioene arena was sold out for the match.

The event coincided for Italy with the announcing their final roster of 14 that will play at the World Championships, which are the 14 on the bench for the match.

Osmany Juantorena led all players with 16, while Ivan Zaytsev and Filippo Lanza each chipped in 12.

Italy had 9 total aces in the match, including 5 in the first set as they fought back from a shaky start.

Complementing their improved service, Italy has also shown an improvement in reception, which has been a question mark for this Italian side.

The team showed their plan for the starting lineup at Worlds (which won’t come as any big surprise), with Giannelli at setter, Zaytsev at opposite, Lanza and Juantorena at outside hitter, Mazzone and Anzani at middle blocker, and Colaci at libero.

“In my opinion we had some difficulties in the initial phase in finding our rhythm,” said the libero Colaci. “In the first set we played inconsistently, but with the passing of time, everything improved. In a long and tiring tournament like the World, surely we will have to take a few steps forward. In the World Championships we will have to play very concentrated in the first phase where we will be tackling teams that recently beat us.”

Italy plays in Pool A at Worlds, where they’ll need to be in the top 4 among Argentina, Belgium, the Dominican Republic, Japan, and Slovenia (as well as themselves) to advance. Argentina beat Italy 3-0 in the 2nd week of Nations League play, and Japan beat them 3-2 in week 3.

Jiang Chuan led China with 9 points in the match.

The teams will play again on Thursday at 6PM Italian time, which will be televised live domestically on Rai Sport.