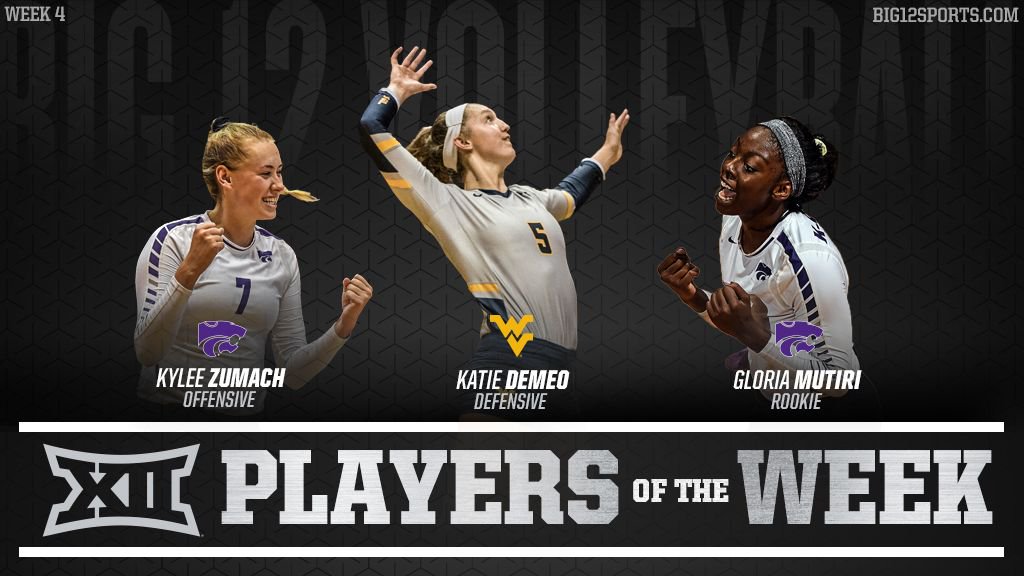 Kansas State’s Kylee Zumach and Gloria Mutiri were tabbed as Big 12 Offensive Player and Rookie of the Week respectively, while West Virginia’s Katie Demeo garnered Defensive Player of the Week nods for Week 4.

Zumach picked up her second Offensive Player of the Week nod after posting 4.86 kills per set on a .463 hitting effort in wins over UMKC and Green Bay. Zumach tallied 14 kills and 10 digs, while hitting .393 against the Kangaroos on Tuesday. The redshirt senior notched 20 kills on 39 errorless swings for a .513 hitting effort and added 10 digs and four blocks against Green Bay.

The offensive nod is the seventh Big 12 honor of her career following five rookie of the week nods in 2014 and Big 12 Freshman of the Year honors.

What a week. #KStateVB goes 2-0 and ups its streak to 8 straight.

The honor is the first career weekly award for DeMeo and marks the fourth time since 2012 that a Mountaineer has received defensive honors! #HailWV