Kansas Heads Off On Regular-Season Road Finale At Texas Tech 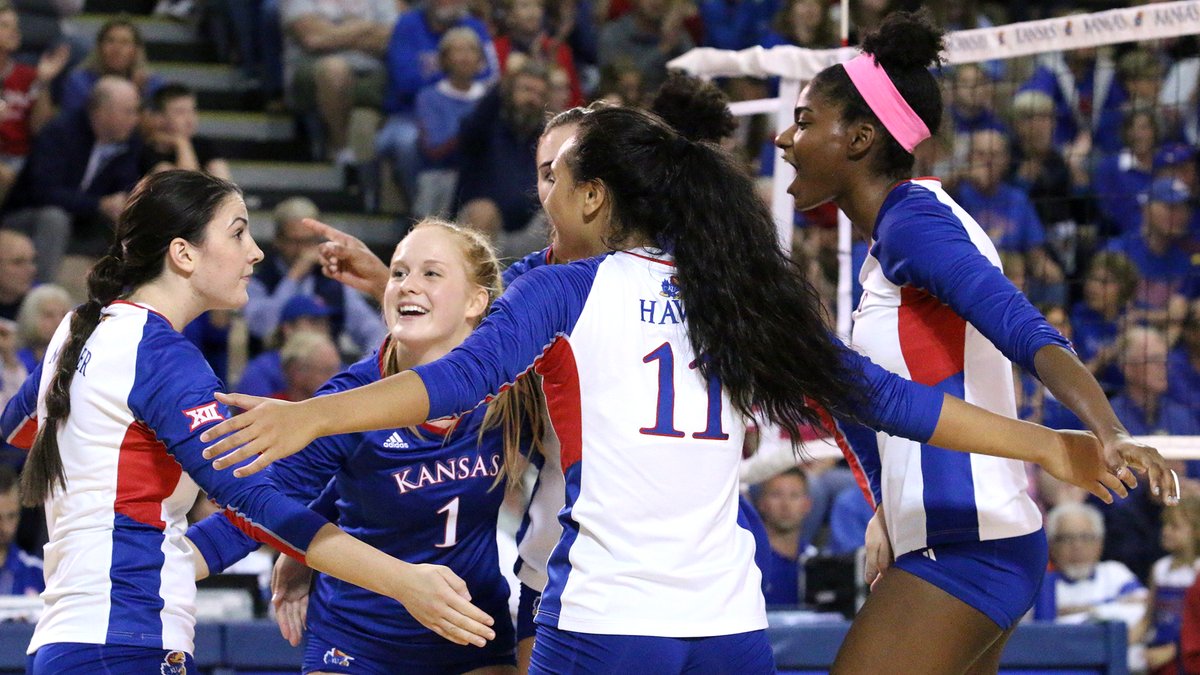 Kansas volleyball plays its final road match of the regular season at Texas Tech on Friday night at 6 p.m. inside United Supermarkets Arena. The match will be video streamed through the subscription-based TexasTech.TVand audio streamed for free via KUAthletics.com/radio.

Texas Tech (15-12, 4-10) is coming off a three-set road win at TCU on Wednesday night. Under second-year head coach Tony Graystone, the Red Raiders have clinched a regular-season winning percentage greater than .500 for the first time since 2001.

Kansas won the first meeting of the season against Texas Tech led by senior outside hitter Madison Rigdon’s 14 kills and two aces in the one-hour and 11-minute sweep. KU’s defense was led by sophomore libero Allie Nelson, who recorded 17 digs — her career high in a three-set match.

The 16th-ranked Jayhawks are coming off a loss at No. 2 Texas on Wednesday night, in which Rigdon returned from injury after missing the previous three matches. Rigdon, KU’s leader in kills per set during conference play, recorded eight kills on a .304 hitting percentage with five digs in just two sets played against the Longhorns.

As the regular season is winding down, Kelsie Payne is on the brink of history. The senior All-American right-side hitter enters Friday’s match needing just 14 kills to pass Josi Lima (2002-05) on KU’s career kills list. Payne registered a team-high 13 kills on Wednesday to bring her career total to 1,470 entering KU’s match at Texas Tech.

QUICK HITS
Kansas has won 14-straight matches and 36-straight sets against Texas Tech.
The Jayhawks have won at least 20 overall matches and at least 10 Big 12 matches in the last six seasons, from 2012 to 2017.
KU is 29-5 in its last 34 Big 12 contests.
KU’s .257 hitting percentage this season is the second-highest clip in program history.
The 16th-ranked Jayhawks have been ranked in the AVCA Coaches Poll 43-straight times.
Kansas has five wins over teams currently ranked the AVCA Coaches Poll.
Ainise Havili holds KU’s career assists record (5,110) and leads the Big 12 in assists per set this season (11.53).
Kelsie Payne’s 1,470 career kills is 14 away from breaking KU’s career kills record.
Madison Rigdon leads Kansas in kills per set during Big 12 play (3.60).
Four different Jayhawks have earned Big 12 Offensive Player of the Week awards.
Head coach Ray Bechard is in his 20th season at Kansas. The four-time Big 12 Coach of the Year is the winningest coach in Kansas volleyball history.
The University of Kansas and Kansas Athletics announced on Sept. 22 plans to construct a new 3,000-seat volleyball arena thanks to the generosity of the Stewart Horejsi Family.

UP NEXT
Kansas plays host to West Virginia in the final match of the regular season on Saturday, Nov. 25 (1 p.m., JTV/ESPN3). The Thanksgiving Week contest will be highlighted by Senior Day festivities, in which KU’s dynamic class of seven graduating seniors will be honored.